VIDEO: Ebony told me the first time we met that, there was a prophecy about her that, She will become a star and die at the peak of her Career – Abeiku Santana / Bullet 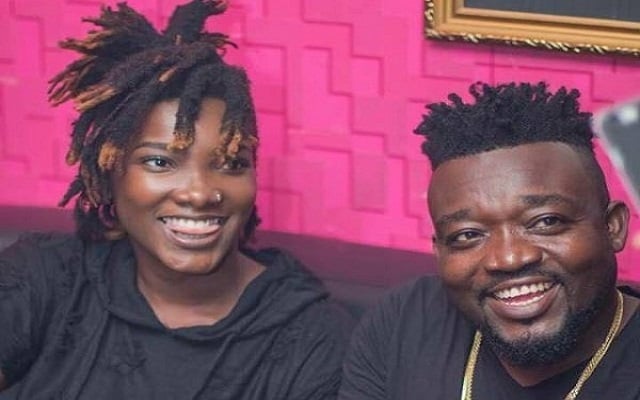 Ebony is dead and after her death, a lot of revelations are coming up. She died on Friday dawn on the Sunyani Kumasi road after visiting her mother in Sunyani. She died together with her friend and a soldier who was guiding her.
The manager of Ebony Reigns was in Europe to prepare for Europe tour which Ebony was supposed to join her the same day she had the accident. Bullet is back he has opened up about all the brouhaha surrounding Ebony’s death.
Speaking on Okay FM with Abeiku Santana, Bullet stated that prophets and pastors who are taking credit for Ebony’s death and giving the impression that they saw it coming show desist from it.
According to him, the very first day he met Ebony in 2015, she told him a prophetess had prophesized to her she will meet Ruff and Smooth members and they will bring her to the limelight. However, the woman added she will die at her peak at a tender age.
He together with Ebony did everything possible about the prophecy but at the end of the day, God took her so pastors should stop taking credit for predicting her death.
Bullet also added that every pastor who approached her about a prophecy about Ebony’s death was respected and directions given was followed by all the management team. He mentioned Kaywa, Bishop Owusu Bempah, Prophet Douglas as a few of pastors who approached them.
He denied claims by Prophet Nigel Gaisie that he approached Bullet when he prophesied Ebony’s death. He added that Prophet Nigel has his number but never called him.
Facebook
Twitter
Pinterest
LinkedIn

WATCH VIDEO: Ebony repented before her Death, so Ebony is in Heaven – Dr. Lawrence Tetteh