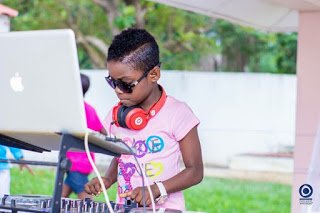 The Disc Jockeying fraternity in Ghana witnessed a number of high moments in 2017 with new talents emerging.However, players in the industry surely were not expecting that a 9-year old girl will take the whole industry by storm with her introduction to the game.Erica Tandoh popularly known as DJ Switch was the 9-year old girl who proved in 2017 that the turntable was not the preserve of neither men nor adults.In a recent interview, the child DJ has vowed to beat all competitors to win the ‘New Discovery of the Year’ award at the 2018 edition of the Ghana DJ Awards.‘I will win discovery of the year hands down.’, she said.Reigning Ghana DJ of the Year, DJ Vyrusky. 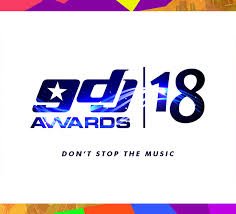 DJ Switch is unperturbed by competition from the likely nominees in that category.She states that she is very confident of winning because she has performed creditably well in the year under review.In May 2017, Erica Tandoh was crowned winner of the eight edition of TV3’s ‘Talented Kids’ reality show.Ghanaians had their first encounter with the kid DJ on that show as she displayed unparalleled skills on the turntable.Her dexterity with music selection and mixing has led to many event organizers booking her for top rated shows.DJ Switch in 2017 performed at the President of the Republic of Ghana’s end of year party in Kyebi in the Eastern Region as well as the First Lady’s New Year party at the Flagstaff House.2017 Ghana Meets Naija, Asamoah Gyan’s Concert at the West Hills Mall, RTP Awards among others were shows she was billed on and performed.
Facebook
Twitter
Pinterest
LinkedIn

VIDEO: Give Ebony’s corpse to the prophetess for resurrection trial – Ghanaians plead with Ebony’s family