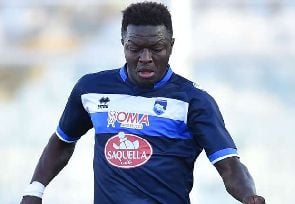 According to Spanish media outlet Marca, the 33-year old midfielder will train with the La Liga side over the next couple of weeks and will sign on a free transfer if he impresses.

Deportivo Head Coach is Muntari’s former team mate at AC Milan, Clarence Seedorf and he is desperately in need of central midfield options after failing to bring in players during the winter transfer window.

The 33-year old has been without a club since leaving Italian side Pescara at the end of last season.

Muntari has featured for some of Europe’s top sides including AC Milan and Inter Milan where he won the UEFA Champions league in 2010.