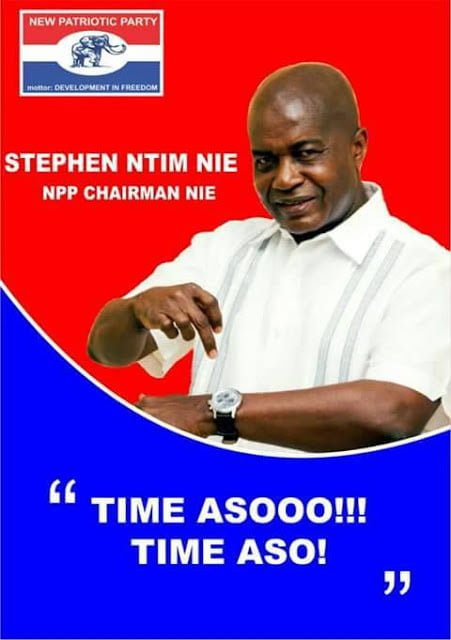 Aspiring National Chairman of New Patriotic Party (NPP), Stephen Ayesu Ntim has disclosed that his efforts in the heat of the 2016 campaigns helped in delivering 15 parliamentary seats for the party.

He disclosed on Tamale-based Diamond Fm that his work as a Coordinator for settler communities in the run-up to 2016 polls with the support from Dr. Gyiele Nurah and Stephen Yakubu paid off for the success he achieved in this respect.

In response to claims some failed aspirants  back off soon after losing in their bids to lead the party, he said that is alien to him because he is different stating: “When I lose elections I don’t sit back even coming at the heels of my debacle in Tamale in 2014“

“When Nana Addo was contesting in the primaries, I was appointed the middle belt Coordinator which comprises the Ashanti, Brong Ahafo and Eastern Regions. I was in charge of the largest sector and we delivered not less than 94%”, he revealed.

According to him, in the main campaign, he was again tasked to take care of settler communities where the party in the past performed abysmally in terms of voting pattern and this he indicated resulted in the winning of about 15 new seats in parliament as well as resulting the appreciation of several votes.

“I branded my own company vehicles, about four pickups, bought 50 motorbikes and 2,000 bicycles and deployed them to canvassers. I don’t blow my trumpet, I operate in a way to be effective and not to be heard “, he stressed.

He mentioned Krachi East, New Edubiase, Tain , Atebubu, Dorma West, Prestea Huni Valley constituencies as a few of those his efforts helped in delivering for the party.

Giving an overview of his contributions, he disclosed that some seats were not won but the party appreciated in votes anticipating a win in 2020 if the needed strategies are put in place.