According to Shatta Wale in an Exclusive Interview with Fiifi Pratt on Highlife Paradise on Rainbow Radio his good works has made alot of people in Ghana including Kwaku Bosam fall inlove with him and thus went ahead to send him a whopping amount of GH¢4000.
Shatta Wale’s fame reaches farther than the president across the globe.

However Shatta Wale’s fame has reached farther than amongst his peers across the globe since his latest feature on Beyonce’s lion Album. Shatta Wale’s influence in the music industry as a yardstick for his forecast and brags.

Moreover Ghana music industry has risen to its peak with the help of personalities who have worked extensively and tremendously with the likes of Shatta Wale ,Stonebwoy and many others.

Sat Aug 3 , 2019
One person is reported dead while another is in critical condition after an uncompleted building collapsed on the workers. The incident occurred at Gyankama-Nsuase a community near Aburi in the Eastern region. Sources indicate that the upper floor of the building caved in on the workers leading to the death […] 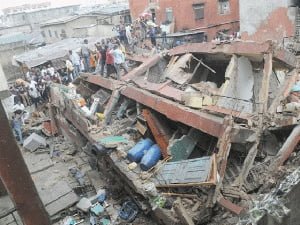