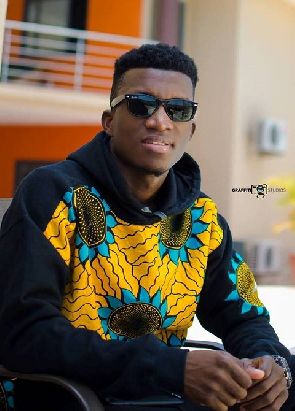 Earlier this year, there were stories trending on social media which indicated that Tadi rapper, Martin King Arthur popularly known as Kofi Kinaata had parted ways with Samini’s High Grade record label.According to the stories trending online, the Tadi songwriter had issues with the management of the High Grade record label, as a result he decided not to extend his stay with the High Grade Family.However, the “Susuka” hit maker has finally come out to speak on why he decided to part ways with Samini’s High Grade record label.Speaking to Arnold during an interview on “VibesIn5”, the tadi songwriter indicated that the truth behind his departure from Samini’s record label was that the 5 years contract they agreed on had elapsed, as a result he decided not to renew it.He went further to show his appreciation to Samini and the High Grade family for an awesome 5 years he spent with them, and thanks to them, he’s a big star now. According to him, although they have parted ways with Samini’s High Grade record label in contractual terms, he still contacts them on a personal level.Kofi Kinaata disclosed this after Anorld asked him “Have you cut ties with High Grade family?”“Well, in contractual terms, we are done but I still contact them on personal level to chit chat” he responded.“So why didn’t you renew your contract with High Grade record label?” Arnold quizzed him further.“Well, they knew I wouldn’t renew my contract, and I believe they had helped a lot, so I felt it was about time I move on, for new person to also enjoy what I enjoyed.”“Back in Takoradi, I was the undisputed King until High Grade approach me, and told they wanted me to come to Accra, and I took that risk. I left my crown and came to Accra. I believe I’m done here, and it’s about time I move to another level,” he said.“I’m like Cristiano Ronaldo, and not like Messi who has been at Barcelona for a long time. I want to take risks and explore new things, so I decided not to extend my stay with High Grade record label,” the Tadi rapper revealed.Martin King Arthur popularly known as Kofi Kinaata is a Ghanaian musician and songwriter from Takoradi. He is noted for his fante rap and freestyle and therefore known as the Fante Rap God.

I used to sing in church – Shatta Michy