I used to sing in church – Shatta Michy 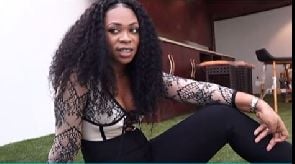 Shatta Michy has just revealed a side of her that is definitely unknown to Ghanaians.Born Diamond Michelle Gbagonah, the ‘baby mama’ of controversial dancehall artiste, Shatta Wale who may be seen generally as a “bad girl” says she was a chorister when she was younger.Talking about her music life in a recent interview with JoyNews’ Becky, the “Cheating” singer said she never dreamt of becoming a songstress but her relationship with Shatta Wale has changed her dreams.“I’ll tell you one thing, I never imagined being a musician until I met Shatta Wale. Yes I could sing and I used to sing in Church and at school. I went to Mfantsiman Girls’, we had a group, a crazy squad,” she revealed.Shatta Michy further opined that she has a chunk of talent and have decided to put them to test this year which she has “starting working on”.She disclosed that, “I’ve been testing my talents a lot and I have quite a lot of talents. I want to pick a lot of them and master them so that’s what I’m doing this year.”The actress cum musician also says she’s set to release another single dubbed, “Honourable” in a week as shooting of video for the song is ongoing.Explaining why she added acting to her career, Shatta Michy said she isn’t in the movie industry for fame or to enrich herself but to learn and contribute to the building of the deteriorating industry.“I’m acting because I want to learn, I want to see how the movies are made, and I wanna see the mistakes our filmmakers are making… Funny enough I have a movie production company. I’m just being the errand girl to learn the trade, learn the rules of the movie industry so I can build mine up,” she stated.