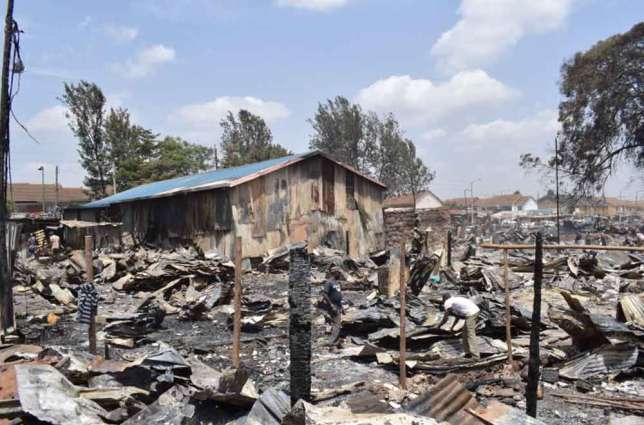 If you have been taking God for granted all these years, this is probably the time you might want to revise your thoughts and ways of life.

A church building at Kijijini settlent, Langata in Kenya was the only structure that mysteriously remains untouched after an inferno razed down the entire settlement leaving a population of about 14, 000 people completely homeless.
Tuko.co.ke reported that the inferno reduced the entire community to ashes after the Nairobi fire tender that was deployed to the scene failed to put out the fire because they did not have water.

The Nairobi fire department Director was subsequently suspended by the Kenyan national capital governor in relation to the fiasco.

One Babriel Kamau posted disturbing photos of the debris with only the church building he named as the PEFA All Nations church standing as if it is fireproof.
He posted the photos with the inscription, “For those of you who think God does not exist, here is a modern-day proof that He does exist with all His might and majesty.”