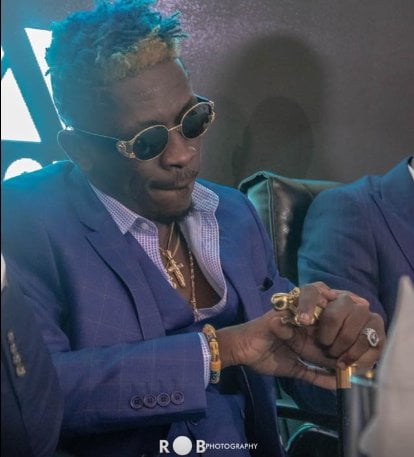 The stern warning issued to prophets in the country by dancehall king, Shatta Wale, seem to have fallen on deaf ears.
This is because another prophet, Charles Dady, has prophesied that the musician will commit suicide out of frustration.
The dancehall artiste has threatened to burn some churches if a prophecy about his death does not come true.
A Kumasi-based pastor said Shatta Wale was next to die following the sudden demise of dancehall diva, Priscilla Opoku Kwarteng, known in showbiz as Ebony Reigns.
But the dancehall king did not take it kindly, noting that he and his huge following will retaliate if by December he is not dead.
Prophet Charles Dady described the posture of Shatta Wale to his prophecy as a recipe for disaster.
“I was really pained Shatta Wale did that video, he has given the devil the weapon to act. He should shut up”, he stressed.
Prophet Charles noted that a star is envied by many so Shatta Wale should talk less to preserve his life.
“We have interceded for leaders in this country so Shatta Wale is a small boy; he should humble himself”, he added.
Watch full video below

VIDEO: I will beat Patapaa like my child – Kumchacha