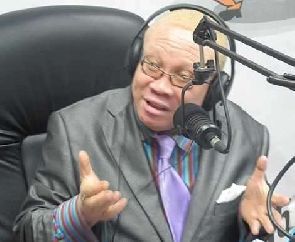 The leader of National Coalition for Proper Human Rights and Family Values, Moses Foh Amoaning has claimed some same-sex activists at the Flagstaff House are conniving with some diplomats to propagate the idea of homosexuality into the minds of Ghanaians.

Speaking on Fox FM’s morning show Monday, hosted by Abdella Adam Saeed, the lawyer maintained that the agenda to push the menace is a well-calculated plan and Ghanaians must prepare themselves for their heinous crusade

He maintained that the USA Ambassador to Ghana, Robert P. Jackson and other Ambassadors are conniving with some gays at the highest seat of government in the country, adding that, he would be pushed to mention their names very soon.