Renowned broadcaster Captain Smart days after announcing his resignation from Angel TV and radio has started a new job at Onua TV/FM owned by Media General.

Speaking on his new move, Captain Smart indicated that he has always been there for the youth and he intends to fight until life becomes better for the youth of the country.

Captain Smart is expected to present shows on both Onua FM and Onua TV and will introduce his firebrand presenting at the Radio station.

His move to Media General comes as a shock because he has started his own television station dubbed “Smart Tv” which has garnered a massive following on social media.

Tue Jun 1 , 2021
Distressing news reaching GHPage.com has it that Ghanaian Highlife artiste Kwabena Kwabena has been involved in an accident. He was involved in the crash together with artiste manager Nana Poku Ashis. The accident happened on Monday, May 31, 2021, on the Kumasi Highway while they were returning from a funeral they attended […] 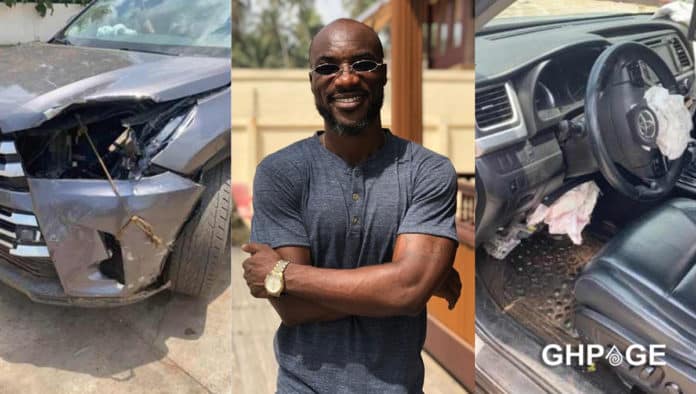