The National Steering Committee is of the view that due process was not followed in suspended the 1st Vice Chairman and therefore directed for his immediate reinstatement.

The Central Region NPP has been turmoil for the past few weeks following a petition by one Edward Okraku Adum levelling series of allegations against Mr. Ewusie which he [Ewusie] has since denied the content of the petition.

In a rather interesting twist, the Central Regional Chairman, Mr. Robert Kutin Jnr has acted on the Mr. Okraku Adum’s petition addressed to the National Security Minister and copied him [Mr. Kutin] to suspend his 1st Vice Chairman.

Defamation suit:
But Mr. Ewusie in a writ filed at a High Court in Accra on July 18, 2019, has denied all contents of Mr. Adum’s petition emphasizing that he [Mr. Ewusie] has never been a friend of Mr. Okraku Adum let alone defrauding him by false pretence and other related offenses as he alleged in his petition.

“The defendant [Mr. Okraku Adum] claims to be a friend of the Plaintiff [Mr. Ewusie] a questionable fact which is not only untrue but palpably false and dishonest” – the writ said

The Vice Chairman said the contents of the petition with it related news publications are not only false but “malicious, dishonest, defamatory, scandalous, and fraudulent”

For him, the said delusional petitioner, Mr. Okraku Adum “through his so-called petition coupled with the fact that the defendant has facilitated, assisted, and encouraged some malicious publications in the print media has lowered” his “reputation in the minds of right-thinking men/women within the community that he lives”.

He is, therefore, asking the court to direct the defendant [Mr. Adum] to pay him general damages of One Million Ghana Cedis (GH¢1m), retract and apologize to him in full page Daily Graphic, same print media he used to publish the fallacious statements and other relevant media as the plaintiff may deem necessary for five continuous days; restrain the defendant and any other orders that the court may deem fit.

Tue Aug 13 , 2019
The Member of parliament for Effiduasi / Asokore constituency in the Ashanti Region, Hon. Dr. Nana Ayew Afriye ended his eight days tour within 41 out of the 48 towns in the constituency to have the first hand information of the constituents challenges and ascertain how the people are receiving […] 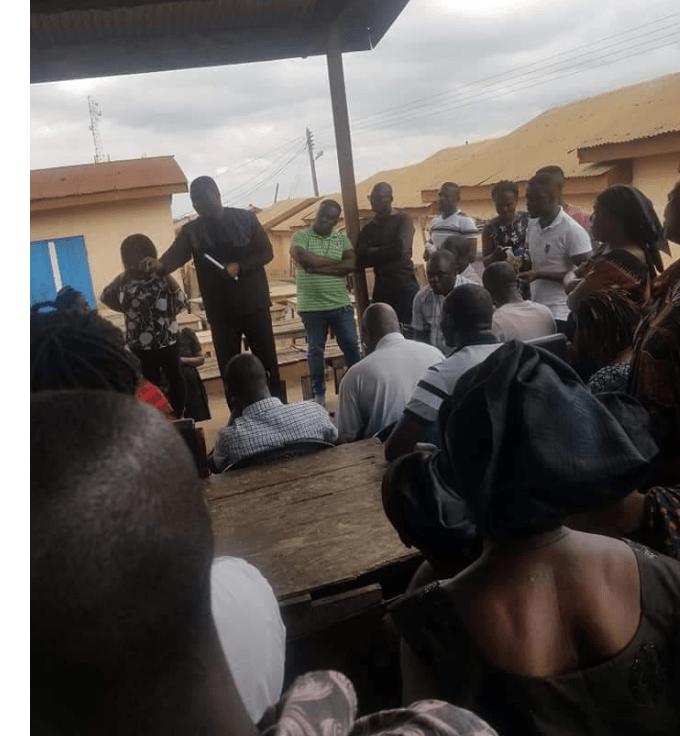