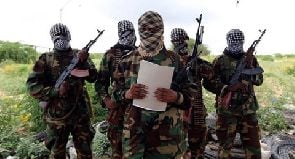 The Islamist militant group Boko Haram has released 13 people who were kidnapped in north-eastern Nigeria last year, the government says.

They include 10 women seized during an attack on a police convoy and three lecturers from Maiduguri taken during an oil exploration trip.

President Muhammadu Buhari’s office said their release was facilitated by the Red Cross.

About 20,000 people have died in Boko Haram’s eight-year insurgency.

In a statement, the International Committee of the Red Cross (ICRC) said it had acted only as a neutral intermediary and were not involved in the negotiations.