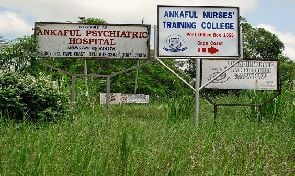 Acting principal of the Ankaful Psychiatric Nurses’ Training College, Simon Dorgedon, is being accused of misappropriating a little over GH¢8,000 belonging to the school. Mr Dorgedon, according to some anonymous staff of the school, paid himself an amount of GH¢943.20 on February 14 as allowance for marking the end of first-semester examination scripts of trainees. It emerged, however, that Mr Dorgedon did not take part in the marking of the examination scripts. The anonymous staff told TV3 Sunday the acting principal gave the scripts to some two new tutors to mark, each of who received GH¢943.20 as their allowance. Documents sighted by 3news.com showed the school paid a total of GH¢36,270 (after 10% tax deduction) from its internally generated funds to teachers for marking examination scripts for the first semester of the 2017/2018 academic year.
Each of the 30 tutors who marked examination script received GH¢943.20; totalling GH¢28,296, while the rest of the amount, a little above GH¢7,000 was paid to some support staff. Mr Dorgedon again, allegedly, paid himself GH¢7,074, being 25% of the total amount paid to the tutors. The said amount was captured in a supporting document that accompanied the payment voucher dated February 13 and titled “25% of total amount for principal”. But the staff have questioned that payment arguing, he is not the principal of the school hence not entitled to it. The anonymous staff are therefore questioning the kind of work Mr Dorgedon did to warrant the total amount of GH¢8,017.00 he paid himself on February 14.like
Accordingly, they have petitioned the Central Regional Police Commander and the Bureau of National Investigations to look into the matter. One of the staff told TV3 they will on Monday, February 19 send a copy of their petition to the Ministry of Health and the CHRAJ. “He [Dorgedon] cannot run away from it because the life script of the tutors who marked for him are there, the timetable for marking of scripts which reflected that he taught research but other tutors marked are there. For which reason, he doesn’t warrant any of the marking allowances,” one of the staff told TV3. Meanwhile, the Public Relations officer of the Ministry of Health, Robert Cudjoe told TV3 though the matter has come to his attention, it is yet to officially be presented to the Ministry. “We are yet to receive official letter from them. When we receive it we will have to go into it. Let’s wait for the official letter. It will be better for us to receive the letter and call them for a meeting to explain,” he said.
Source: 3news.com
Facebook
Twitter
Pinterest
LinkedIn