90% of Pastors in Ghana are fake – Kwaw Kese 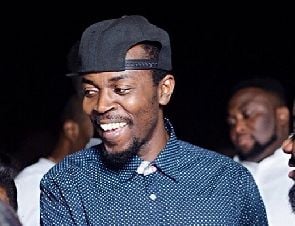 ward winning Ghanaian music artiste, Emmanuel Botchway, better known as Kwaw Kese or Abodam, has claimed that about 90% of Ghanaian pastors have not been called by God.

Kwaw Kese passed the comment when he revealed hiplife artiste – turned reverend minister, Lord Kenya, has asked him to consider working for God.

In an interview with Rainbow Radio on Wednesday February 7, 2018, and reported by rainbowradioonline, Kwaw Kese disclosed that Lord Kenya, who inspired him during his early years in the music industry and consequently became his best friend, even visited him in prison.

“We became paddies. When I was in prison, Lord Kenya came there. Just that he wants me to become a man of God but I am not ready. I have not received the calling from God to do his work.”

He was however quick to add that he would not hesitate if God calls him, but at the moment, he has received no such calling.

“It should be a natural call. I would be extremely happy if God calls me to work for him. God is supreme and bigger than my music so when he calls, I will not hesitate to obey him,” he stated.

The Madtime CEO promised to maintain his ‘Abodam’ name when he becomes a pastor. He also mentioned Madtime International Church as the name for his church should he establish one.

5 handsome Ghanaian artistes all ladies will love to hug