The KSM Show leaving Metro TV after new management took over the station? 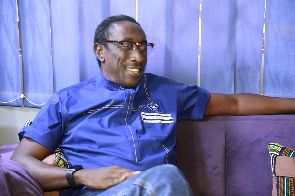 Presspeep.com has gathered that all things being equal, ‘The KSM Show’ will be moving to a new station after over a decade on Metro TV.The station, not long ago, was acquired and taken over by the JOSPONG Group. There was a lot of initial excitement and expectation with the changeover.The KSM Show, a flagship program on Metro TV, is one of the most viewed primetime shows on Metro, and so any move like that will be a big blow to the program line-up. No one expects a move like this at this time – as we have gathered.A source at Sapphire who reluctantly spoke (on anonymity) to Presspeep.com, did not deny or confirm the grapevine, rather, gave us the routine; “no comment”.Presspeep.com is aware of two likely stations that are poised to benefit from the move. Our investigators are still sniffing around and we can assure you that we will get to the bottom of this grapevine.