Shatta Wale claims Satan and ‘Maame Water’ are his fans 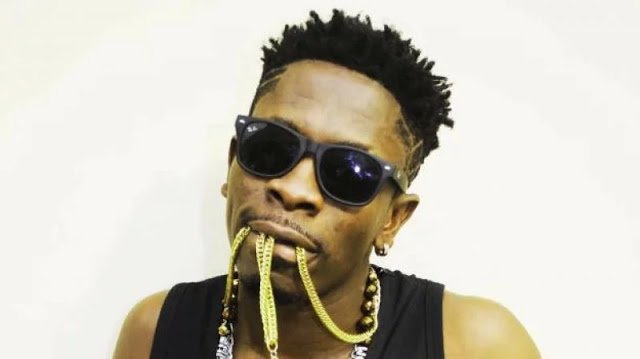 Ghanaian dancehall artiste Shatta Wale has claimed his fan base is so wide that even Satan and marine spirits are his fans. The self-acclaimed dancehall king has been aiming sly digs at some pastors who have prophesied that his death is near. Shatta Wale claims Satan and ‘Maame Water’ are his fans.                             One preacher, identified as Prophet Agyei Fredua Agyeman, predicted the death of the singer, urging Ghanaians to pray for him. However, Shatta Wale took exception to the prophecy and threatened to deal with the pastor if he is still alive by the end of 2018. The ‘ayoo” hitmaker has once again slammed those predicting his doom, and has gone a step further to claim that even Satan and marine spirits, known locally as ‘Maame Water’, are his fans. No power is bigger than God. I’ve met people who have powers, they told me the powers God has blessed me with is bigger than what you people think, so if people think they have powers, I have seen plenty things in my life,” he said in a Facebook live video. “Don’t think and sit there and talk [anyhow], ‘maame water’ is my fan, ‘papa water’ is my fan, Satan is my fan and God knows it because I don’t offend them. So if I want anything from ‘maame water’ she will give it to me, ‘papa water’ he will give it to me even mallam he will give it to me, because God created them…” Dancehall artiste Shatta Wale, born Charles Nii Armah Mensah, cautioned some men of God to desist from prophesying he will die soon. He says if he is alive by December, he will march together with Shatta Movement members burn down the churches of ‘fake’ pastors adding that only the president can stop him from taking such an action. Shatta’s comment came after some prophets predicted he will die in 2018.