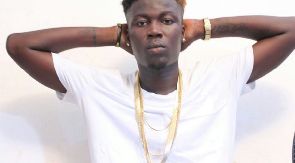 A judge at the Domestic Violence and Gender-Based Court, Mrs Abena Oppon Adjin-Doku has told hiplife Artiste, Eugene Ashie widely known in Showbiz as Wisa to prepare to open his defense tomorrow, February 22, if his lawyer does not appear before the court.Wisa told the court on Wednesday that his lawyer, Jerry Avenorgbor was attacked by arm robbers and is therefore indispose.He told the court in the previous sitting that he is ready to produce two witnesses to testify in the trial of the alleged exposure of his manhood.The ‘Ekiki Mi’ hit singer was supposed to open his defense today, February 21 after the Accra Circuit court had dismissed the submission of no case filed by the embattled musician.Wisa is standing trial for allegedly showing his manhood during a live performance on December 24, 2015 during the ‘December 2 Remember’ event at the Accra International Conference Centre (AICC).A video of the artiste stripping and rubbing his manhood against his female dancer on stage was put on social media, compelling his management to apologise for what it described as the artiste’s “rash and irresponsible behavior “.Wisa has been granted bail in the sum of GH¢8,000, after pleading ‘not guilty’ to gross indecent exposure when he appeared before the Accra Circuit Court.