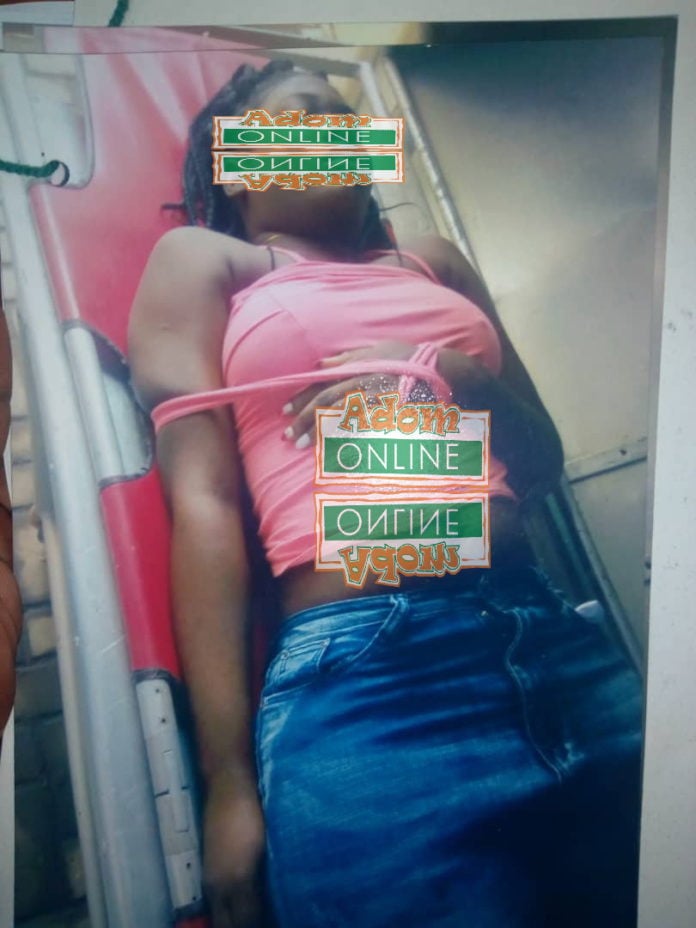 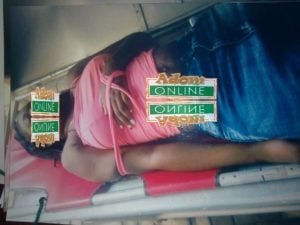 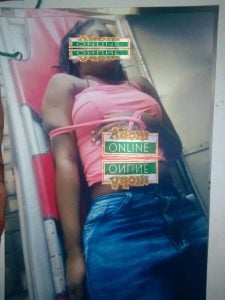 murder
A 22-year-old woman, identified as Vera Adu, has been found dead in her boyfriend’s room at Adu Gyemfi near Sowutwom in the Greater Accra region.

Unconfirmed reports have it that the boyfriend allegedly poisoned her when she paid a visit to him.

It is, however, unclear what would trigger the man to commit such a heinous crime.

DSP Mrs Favour Fleischer, who confirmed the news, advised young girls to be cautious of what they eat or drink when in the company of their ‘lover’ and who they go into relationships with.

murder
The lifeless body Vera Adu
“We received a complaint from the LA Community Clinic of a lady who was rushed to the facility but has been pronounced dead. It is unclear what actually happened,” she stated.

She said the police has commenced investigations and arrested the boyfriend, who is currently in police custody.

The body of the deceased is currently at the police hospital awaiting autopsy to enable the police to conclude their investigations into the matter.

murder
Speaking in an interview with Adom News, father of the deceased disclosed that her daughter left home to seek greener pastures and has now met her untimely death.

He said, he will wait for the police to conclude their investigations.

Click on attached audio and listen to audio above: