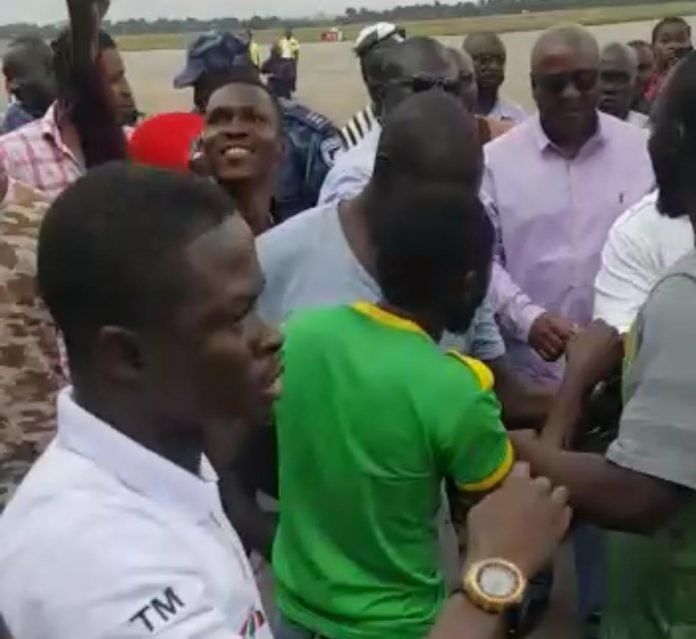 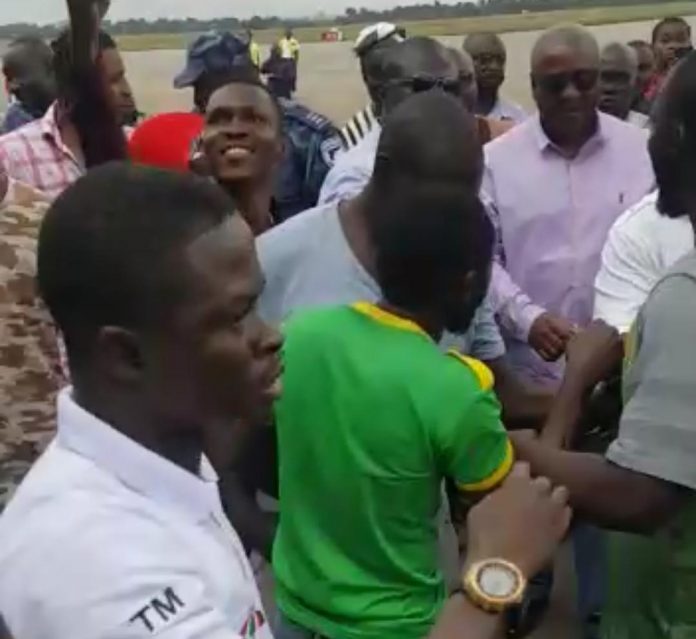 The rising tension in Asawase, an NDC dominated constituency in the Ashanti Region is far from ending as the party’s parliamentary primaries nears.

On Wednesday, scores of disgruntled supporters of the party massed up at the Kumasi Airport to complain directly to former President John Mahama, the party’s 2020 presidential candidate— who was billed to address a gathering at the Kumasi Technical University.

Mr Masawudu Mubarick, the man seeking to unseat incumbent MP and Minority Chief Whip, Muntaka Mubarack had been prevented from filing his nominations in spite of protests by his supporters, who besieged the Ashanti Regional party office.

Mr Mubarick had since petitioned the party’s National Executive Council over the matter.

However, amidst chanting of invectives, the disgruntled youth, who fear he may not get fair hearing massed up at the airport to complain directly to their flagbearer to demand his intervention to prevent a division that might make the NDC, lose the seat in 2020.

In the video obtained by Dailmailgm.com, the angry youth shouted, “No Masawudu, No Vote” as Mr Mahama—who appeared to be aware of the development is seen beaming with smiles as he used one of the exits at the facility.

The former President’s security detail had a tough time calming them as they demanded his comments before leaving the Airport.

“It is time our flagbearer talked to us. The happenings at the party at Asawase is unfortunate. Even the former president himself was contested…we cannot afford to lose the seat to our opponents. Masawudu Mubarick is the man to secure more votes for us in 2020 and we need him. “No Masawudu, No votes”, one of the angry youth said in a local language.

It remains unclear whether Mr Mahama met the aggrieved NDC supporters over the matter. 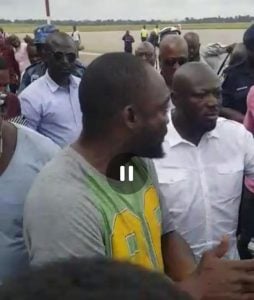 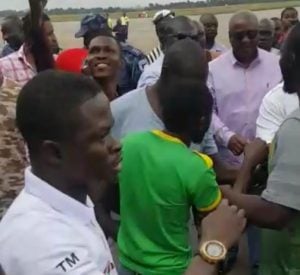