The Boko Haram leader is reported to have died after an attack from a rival group, the Islamic State West Africa Province (ISWAP)
ISWAP broke away from the Shekau-led Boko Haram faction in 2016 after pledging allegiance to the Islamic State (ISIS)
Shekau has been the leader of Boko Haram since 2009 following the death of the group’s founder, Mohammed Yusuf

Twenty-four hours after media outlets reported the death of Boko Haram leader Abubakar Shekau, the Nigerian army says it is investigating the veracity of such reports as at May 20, 2021.

The BBC quotes army spokesman Brig Gen Mohammed Yerima as saying the army was still looking into what may have happened, but will not issue a statement until it gets definite proof.

Reports emerged on Wednesday (May 19, 2021) evening that the longserving terrorist had been killed after a rival group, the Islamic State in West African Province, ISWAP, took over his base in the Sambisa forest located in northwestern Borno State.

Shekau’s fighters were overpowered by ISWAP fighters who took him hostage. He is said to have detonated a secret suicide vest killing himself and his capturers in the process.

The news has been received with skepticism given the number of times Shekau has been reported dead or fatally wounded but he reemerges taunting the government and army.

The AFP news agency quoted two sources confirming that Shekau survived his attempt to kill himself when he was surrounded.

Fri May 21 , 2021
Lieutenant Colonel Frank Agyeman has been sacked by the National Security Minister This follows an alleged assault on journalist Caleb Kudah Col. Agyeman is to report to the Chief of Defence Staff for further investigation and appropriate action The National Security Minister has dismissed Lieutenant Colonel Frank Agyeman, the Director […] 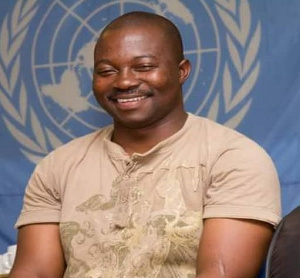