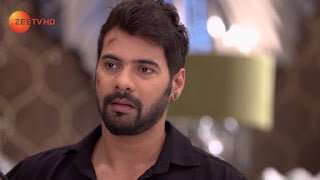 The Episode starts with Simonika thinking to talk to Dadi and go home and thinks don’t know when Abhi and Pragya will return. She comes to Dadi and asks can I go home? Dadi asks her to call them once. Simonika says I called both of them, but their call is not connecting. Dasi asks why didn’t you tell us. Dadi gets worried and asks her to go. Mitali asks Simonika if she added something in juice. Simonika looks angrily. Dadi and Dasi gets worried.Abhi stops the car and asks Sangram to forget Disha as she is his brother’s wife. He asks him to forget about marriage and make her as sister so that she send rakhi every year, remember her like that. Disha smiles. Purab slaps him for slapping Disha. Abhi says I forgot and slaps him. They both beat him. Pragya says we shall go home, everyone
is waiting for us. Sangram says I won’t leave you. Abhi puts cloth in his mouth and asks him to shout. Disha is about to fall. Purab holds her. Pragya falls, Abhi holds her. Abhi says helicopter that way. Pragya asks him to come. Abhi says what happened? You are giving me much respect today. Pragya says today you are done a good work and showed courage. They go in private jet.

The goons drink wine and say Bhai ji tried three times to marry Disha, but he can’t marry her.
Tuneon Radio is a compilation of Ghanaian radio stations and over 1000 radio stations worldwide that our aim is to serve our cherished listeners well with what they want. We serve them with latest news update, political shows, sports, interviews, entertainment shows etc. Download the app and enjoy best of Radio Station and ur favorite programs here. Click on the link to download

They feel bad about Sangram. Sangram comes there, takes wine and drinks. He says he will kill Abhi for snatching Disha from him. Tanu tells Aaliya that Abhi and Munni haven’t returned home and says if Munni took him for honeymoon. Aaliya says you are like Sawan ka andha and says thinks so much. Tanu says what she will think being alone. Aaliya says she has so much and goes. Raj and Taya ji calls Abhi. Dadi and Dasi are worried. Mitali says they would have reached by now and says if their helicopter crashed. Dasi scolds her for taking inauspicious things. Abhi and Purab come home hiding. Mitali sees them and says they are here. Dadi gets angry on Abhi.

Purab hides his face injury. Dasi asks if everyone’s phones were lost. Mitali says she got scolded. Dasi says we were about to go to Police station. Dadi says he might be thinking what to say. Taya ji asks if she wants them to do sit ups. Abhi asks her to end the matter. Dadi asks Dasi to bring the stick. Abhi says 1 min and says he is tired, and thought they will get water and food. He asks Purab to come out and says they will have food and later they will have scolding. Dadi says my son is hungry and asks someone to serve them food.
Dasi sees injury on their faces and asks them. Dadi asks them to say. Purab says you knows that they shall not go there. Mitali asks if tiger entered the marriage place. Purab says yes and cooks up fake story. Tai ji asks what did you do when tiger attacked you. Purab says tiger attacked me and I prayed. Mitali says you would have prayed loudly and says it would have been mata rani’s tiger. Purab says it was babbar sher and says Abhi didn’t get scared and saved everyone and Disha also. Dadi gets worried about Abhi. Abhi says I am fit and fine. Pragya says they have beaten tiger. Dasi says this story is fake, but injury is real. They ask them to apply medicine. Pragya goes to bring medicine. Dadi asks Disha to tell the truth and asks what happened. Disha says they told it. Dadi says I am listening to such stories from their childhood. Dasi asks her not to lie and says they will catch the lie. Abhi teases her.
Tanu asks Pragya where did she take Abhi? Pragya says for honeymoon and says they went to attend marriage, Abhi reminisces his marriage. Dadi asks her to tell the truth. Disha looks on tensed. Purab signs her no.
Precap: Dasi tells Pragya that she did wrong today. Mitali asks them to scold her. Dasi signs Pragya to come near her. 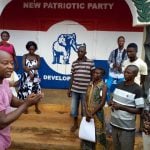