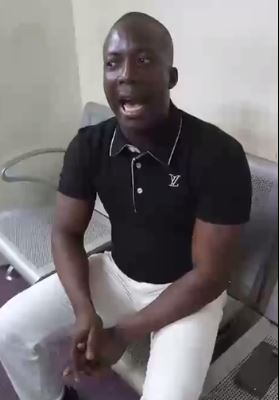 Prophet Kumchacha has asked television personality, Afia Schwarzenegger to change her ways for the better.The call comes days after they were involved in a brawl in the studio of Kasapa FM in AccraThe Prophet who was speaking in an interview indicated that he bears no grudges against the television personality but she needs to change her lifestyle of raining insults on elderly people.He noted that Afia Schwarzenegger has gained notoriety for insulting people in higher positions; something he notes that is not the best.
It would be recalled that the controversial Ghanaian personalities Afia Schwarzenegger and Prophet Kumchacha were spotted in a heated argument at EIB Network’s Kasapa FM.According to sources close, Afia Schwarzenegger banged into Kasapa FM studio when she heard Kumchacha claiming that he had given spiritual directions to Patapaa.
Source: ghanafuo.com
Facebook
Twitter
Pinterest
LinkedIn