HOT VIDEO: Intriguing account of how musician who went for ‘juju’ was used for ‘juju’ 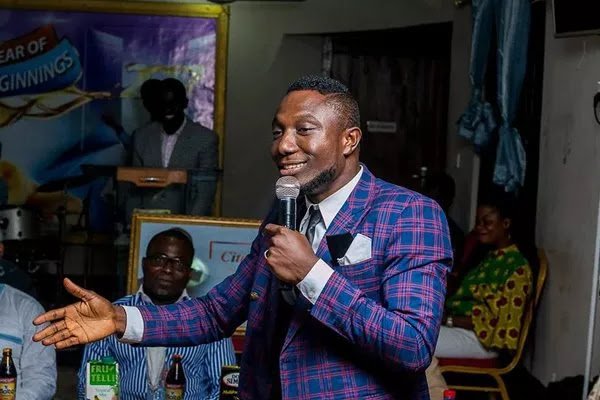 The struggle of the youth to gain fame, power and money keeps increasing in a social set up hit strongly by economic hardship.
This quest for prominence has led many young individuals into committing acts they’ll forever live to regret.
In the densely populated town of Ashaiman in Accra, a young man by name Nazareth Opoku Agyeman, better known as Kojo Denkyem, spent a greater part of his life moving from the streets to the studio in search of a breakthrough in his musical career.
The journey to stardom looked longer than he could measure and success moved farther with every step that he took.
Kojo Denkyem, a Rastafarian, together with his long-time friend could not bear the struggle anymore and opted for a quicker but riskier route in 2009.
‘Black magic’, which in the local parlance is referred to as ‘juju’, looked the only viable option for the two who wanted their music to transcend the borders of Ghana.
Kojo Denkyem and his friend booked an appointment with a fetish priest who assured them of success after his incantations.
According to the rapper, on his blind side, his pal had connived with the fetish priest to offer him as a sacrifice for his pal to get money and fame.
“The guy and I were very good friends so we wanted to come out with a joint album and after the album, we’ll go our separate ways….After we poured the blood on, the fetish priest spoke many words to encourage us,” he said.
“But this fetish priest and my friend changed to speak a language I couldn’t understand. It was an unknown language,” he continued.
He added that he came under spiritual attacks and eventually went mad until he encountered a man of God who prefers to be called Old Man (Oluman) in 2009.
The rapper claimed he discovered later after a spiritual deliverance that the communication between the two was to use him as a ritual sacrifice for the benefit of his friend.
Kojo Denkyem took on the stage name ‘Call Me Nazareth’ after his deliverance and ventured into full-time Gospel ministry.
Call Me Nazareth composes gospel songs and he has started a gospel rap movement called ‘GOSPOP’.
He is currently promoting his latest music album titled ‘Madness to Greatness’.
Facebook
Twitter
Pinterest
LinkedIn