God did not call me to be a pastor; broken heart led me into it – Ofori Amponsah 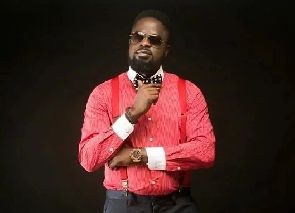 Ofori Amponsah is one of the most popular Highlife stars not just in Ghana but throughout the neighboring countries. He made waves back in the day until he announced a few years ago that he has been called to be a minister of God. Ghana being a predominantly Christian nation, the whole nation was excited about that Godly action and wished Ofori Amponsah well. The Highlife artist went on to start his own church. He later released a couple of Gospel songs as Pastor Ofori Amponsah. He later warned people to stop playing his song because they are ungodly.
From nowhere, Ofori Amponsah threw away the Bible and came back to the ‘ungodly’ songs he advised people against. It became major news as to what caused that sudden change of heart. Addressing the issue on the “Delay show” hosted by Deloris Frimpong Manso, the same show he warned people to stop listening to his songs, Ofori Amponsah revealed that he wasn’t really called by God but broken heart drove him into it. According to him, he was in a place of his life when he couldn’t think straight and made assumptions like ‘God called him to be a pastor’.
Source: ghpage.com
Facebook
Twitter
Pinterest
LinkedIn

I am afraid to die – Nana Ama Mcbrown