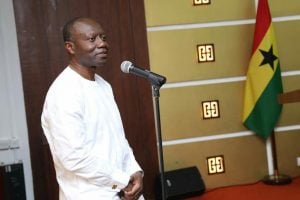 FUEL PRICES ALREADY TOO HIGH
DO NOT ADD FURTHER TAXES

News of expectations of an increase in taxes on petroleum products across the country from the midyear budget review have dominated the various news portals over the weekend.

The 2019 midyear budget review which was initially scheduled to be presented by the Finance Minister on monday 22nd of July was postponed to 29th July 2019 but currently seems to be drawing a lot of anxiety in the minds and pockets of Ghanaians as speculations of an increase in the taxes on fuel products through the midyear budget review continues.

Contrary to the public and industry’s expectation of the scrapping of the infamous Luxury Vehicle Levy and scrapping of the Price Stabilisation and Recovery Levy in the fuel pricing build up, speculations are pointing to increases rather.

A section of members of Ghana’s Parliament are already pretty certain of a potential hike in the already choking levels of taxation on the petroleum price build up affecting Ghanaian pockets.

The average price of a litre of petrol and diesel currently sell at around GHS 5.19 with about 27% accounting for direct taxes to the State.

Whiles Ghana accounts for one of the highest fuel prices across the West African sub region and the world though it imports a larger of its fuel from virtually the same sources other countries such as Nigeria and Benin also imports from.

Pressure from the high pump prices within the country has seen various groups and bodies agitate for reductions in the killer levels of taxes on the petroleum price build up over the past years but little has been achieved.

Speculations of Government’s attempt to once again use the easiest route in squeezing additional revenue from an already frustrated petroleum consumer indicates the Ministry Of Finance is likely to use the midyear budget review on Monday, to increase the already neck breaking Energy Sector Levies Act with the expectation raising additional revenue.

This will effectively put more pressure on pockets of Ghanaians as an additional GHS 700 million is expected to be collected for the remaining half year and additional GHS 1.4 billion for the following year 2020.

Whiles The Chamber concedes the need for Government to expand and broaden its tax net, we also believe this will be one of the most insensitive, pocket draining, and potentially fatal measures the Ministry will even contemplate at this point, given the current general hardships within the country.

Granted that, the issue of additional revenue is even to be agreed, we would wish to avert the Ministry’s and for that matter Government’s attention to the grossly excessive but illegal fuel smuggling activities currently happening across the country and the fact several billions of potential revenue is lost to these smugglers and must be curtailed whiles these revenues are redirected to Government chest instead of these revenues ending up in private pockets.

Copec-Ghana has over the years together with the Chamber of Bulk Oil Distribution Companies ( CBOD ), The National Petroleum Authority ( NPA ) and the Association Of Oil Marketing Companies ( AOMCs ) pointed to the phenomenon of billions of cedis in revenue leakage through fuel smuggling but very little or no action has so far been supported by the Nation’s revenue agencies to block and redirect the billions of cedis revenue stream which the country loses to the high and mighty within its borders through fuel smuggling.

Provisional figures of Revenue lost by the country according to the NPA for last year alone was in excess of $ 200 million whiles our conservative calculations around the same period points to a revenue loss of about GhS 1.6 billion to the State.

These figures are expected to be even higher by close of year 2019 if nothing is done to stop the illegal fuel smuggling within the country.

It will be most insensitive for the Ministry of Finance and by extension Government to continue to let this revenue slip in the full glare of everybody only to do a turn around and come asking for more steep taxes from the already over burdened petroleum consumer within the country.

We would want to believe the speculations of further increases in petroleum prices should and would only remain speculations as any attempt to foist on us any additional increases by way of taxes instead of the rather general expectations of reductions will be fiercely resisted, the cost of transportation and general cost of living will be greatly hampered by any such move.

Sun Jul 28 , 2019
Party officials in Discrits, Regions and constituencies, by virtue of their positions, cannot refuse attending gatherings organised by the Party, and officiated by President Akufo-Addo. Unthinking and easily flattered Akufo-Addo sees the paid hirelings from various parts of constituencies who attended such functions under the pretext of being […] 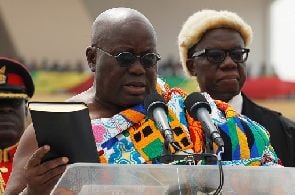