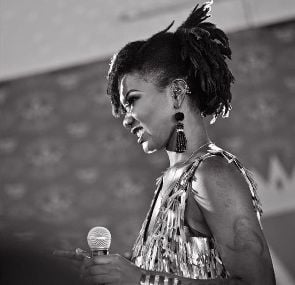 YEN.com.gh has sighted a new photo of dancehall diva, Ebony Reigns, in which she has displayed some of her body piercings. In the photo posted by Ebony to her Instagram page, it looks like she has gone in for more piercings particularly around her left ear. YEN can count about 7 piercings alone on that particular ear. Ebony had earlier disclosed in an interview reported by YEN.com.gh, that she has 9 piercings and 17 tattoos on her body. As expected, some fans have left comments on Ebony’s post with some of them telling her in plain words that the tattoos are just too much.
For instance, a fan named Anna Awunil wrote: “Gurl,,, I think the tattoos are too much.” Another fan, Blue Jay also feels Ebony’s make-up was off the bar. He simply wrote: “Your makeup doesn’t match” There are many other reactions on this photo which has already garnered over 10,000 likes in seven hours. Interestingly, Ebony bears the brand name “Original 90s Badgirl” and she has told Ghanaians plainly in series of posts that she wouldn’t be moved by criticisms concerning her choice of dress and grooming. 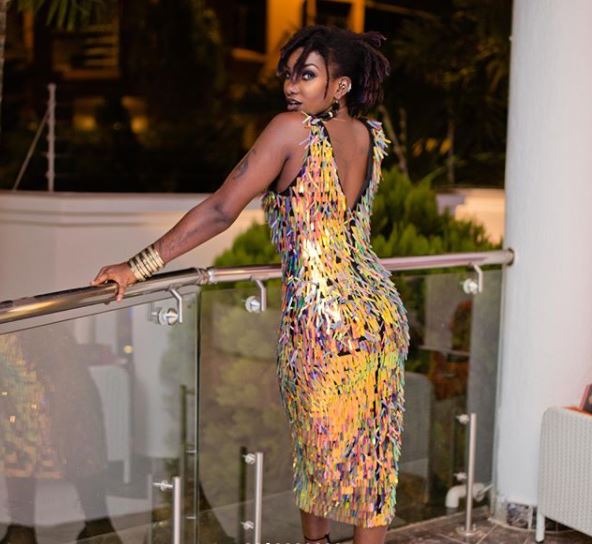 This photo shows some more tattoos on Ebony’s left hand and many ear piercings Last year, she was lambasted by many Ghanaians over what they called indecent exposure on her part. However, a few others including Abeiku Santana, gospel musician Sonnie Badu and Ebony’s own dad publicly affirmed their support for her. Ebony, born Pricilla Opoku-Kwarteng, recently grabbed an ambassadorial deal with Kasapreko as the brand ambassador for Hi5 Chocomalt.
Source: yen.com.gh
Facebook
Twitter
Pinterest
LinkedIn