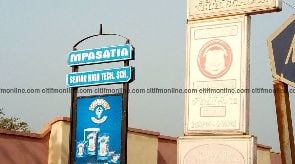 The Akropong Magistrate Court in the Atwima Nwabiagya District of the Ashanti Region has remanded a Sports teacher at the Mpasatia Senior High/Technical School into prison custody for alleged rape.Alex Akwasi Sarpong was arrested by Police at Nkawie and charged with rape.Citi News understands that parents of the 17-year old female student visited the school and packed her belongings.School authorities declined to give further information on the matter when Citi News contacted them. Head of Legal and Prosecution at the Atwima Division of the Police Service, ASP Sylvanus Dalmeida, who confirmed the incident said the accused person will re-appear in court on 8th March.“Actually we had a case of rape against one Alex Akwasi Sarpong of Mpasatia Senior High School Technical School which has been processed for court. It is now with the Akropong Magistrate Court. He was charged for raping a 17-year old student,” he said.Citi News sources in the school say the victim is pregnant, but the police say their investigation so far has not confirmed any pregnancy.ASP Dalmeida indicated that the condition of the student is normal, and that she has been visiting the hospital for review.Headmistress of the school, Mrs. Helen Techie Mensah, was clueless about the condition of the student.Mrs. Mensah, who declined to speak on record said she cannot locate the parents of the victim.The headmistress also denied allegations that she intervened to take monies from the said teacher to settle parents of the victim.She also indicated that she has left the matter in the hands of the police and cannot do anything further on the incident.