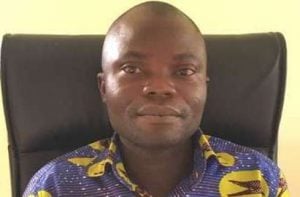 The Adaklu District Assembly in the Volta region has spent a total of GH¢30,501.00 on furnishings for the District Chief Executive’s three bedroom rented apartment at Adaklu Anfoe, an invoice intercepted by the Ghana News Agency (GNA) indicated.

Some Members of the Assembly who spoke to GNA alleged that due process was not followed in procuring the items and called for investigations into the acquisitions.

However, Mr Gershon Gley, the District Coordinating Director, said due process was followed and that the Assembly’s procurement committee approved the purchases, saying, the amount was the lowest from the bidding.

He said they considered value for money and the fact that the DCE receives guests and needed quality and durable furniture.

Meanwhile, checks by the GNA indicate that the items bought about a year ago, were yet to be labelled as the property of the Assembly.

The DCE, Mr Phanuel Donkor, shortly after his confirmation last year, was also said to have taken an amount of GH¢19,200.00 from the Assembly’s coffers as rent advance for the three bedroom, which some Assembly members alleged belonged to his Uncle.

GNA gathered that an investigative report by the Assembly’s Finance and Administration Sub-Committee confirmed some malpractices including lack of negotiations on the rent.
Mr Donkor refused to talk to GNA on the issue and directed it to contact the Coordinating Director, Mr Gley.
Mr Gley said though it was the duty of the Assembly to provide accommodation for the DCE, it had no hand in the negotiations and payment of the rent, alleging, the DCE handled it through sole sourcing, because “he wanted the accommodation at a particular place.”
The Coordinating Director said the DCE later paid the money into the Assembly’s account, “unknown to management” and presented the pay-in-slip to a General Assembly Meeting following agitations by some Assembly members.

I resigned because of internal politics – Former Power Minister