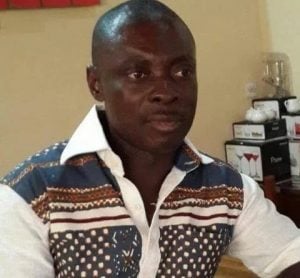 Rev. Christian Kwabena Andrews, who styles himself as Osofo Kyiri Abosom has warned of disaster, embarrassment and ridicule for President Akufo-Addo should he decide to seek reelection in the 2020 elections

Osofo Kyiri Bosom who claims to be in constant touch with God said President Akufo-Addo will do himself a lot of good if he leaves office at the end of the year 2020 because he had revelation that he will be terribly defeated if he goes ahead and contests the election.

“President Nana Akufo-Addo will not contest 2020 election, he’s going to hand over to the youth of this country to govern,” Rev. Andrews has said.

“He should announce to Ghanaians that he’s tired and wants to take a rest, if he goes ahead to contest the election, he will lose terribly.”

“If he takes a bow out of power his name will be recorded in the Guinness Book of Records as one of the very few African leaders to have exited power voluntarily just after one term in office,” Kyiri Abosom added.

The Man of God said President Akufo-Addo will do himself some good if he listens to the revelation from the Most High.

Osofo Kyiri Abosom disclosed that he will be seeking audience with the president to inform him not to contest as this is a revelation from God.

“If he obeys, it will be good for him,” he pointed out.

His revelation will however not hold favourable accommodation from Reverend Owusu Bempah who has announced that President Akufo-Addo will win massively come 2020.

Osofo Kyiri Abosom has joined the staple of many Ghanaian pastors mixing the pulpit with politics. He recently announced his intentions of launching a new political vanguard, the One Ghana Movement, to contest elections and build Ghana on the path of prosperity.

Mon Aug 5 , 2019
Members of Parliament (MPs) went on recess last Friday night after 42 sittings in the Second Meeting of the Third Session of the Seventh Parliament of the Fourth Republic. The First Deputy Speaker of Parliament, Mr Joseph Osei-Owusu, who was in the chair for the closing ceremony […]