The NPP wishes to bring to the attention of all stakeholders and the general public that the party’s national steering committee, at its meeting on Tuesday, July 9, 2019, considered and approved the following guidelines and modalities for the conduct of the party’s parliamentary primaries in constituencies where the party does not have sitting members of parliament (i.e. orphan constituencies) ahead of the 2020 parliamentary elections.

1) The party shall hold parliamentary primaries on 28th SEPTEMBER, 2019 for orphan constituencies simultaneously across the country

3) An Aspiring Parliamentary Candidate (APC) shall procure Nomination Forms after the payment of non-refundable application fee of GHC2,000.00 in Bankers Draft in favour of the NEW PATRIOTIC PARTY NATIONAL HEADQUARTERS, ACCRA.

5) However, for purposes of encouraging more Women, Youth and Physically Challenged Persons (PCP) to aspire to higher political office, such prospective aspiring parliamentary candidates will enjoy a rebate of 50% on the filing fees. (This means they will be required to pay a refundable filing fee of Ten Thousand Ghana Cedis – GHc 10.000)

6) No APC shall be denied access to purchase Nomination Forms

7) In the event that a prospective aspiring candidate is denied access to purchase Nomination Forms at the Constituency Level, he/she may do so either at the Regional Office or at National Secretariat through an appeal.

10) The Constituency Secretary shall publish, at the close of nomination, list of all applicants who have successfully filed their nominations to contest in the primaries.

11) A Constituency Parliamentary Elections Committee (CPEC) shall be established comprising;

12) The duties of the Constituency Parliamentary Elections Committee (CPEC) shall include sale of Nominations Forms, conducting background checks on the suitability and eligibility of aspiring candidates and submitting reports to the National Parliamentary Vetting Committee (NPVC).

13) A National Parliamentary Vetting Committee (NPVC) shall be constituted for the purpose of vetting Aspiring Parliamentary Candidates (APCs) who intend to compete for selection/election as the Party’s parliamentary candidate in a particular constituency.

14) The National Parliamentary Vetting Committee (NPVC) shall comprise of the following;

15) Vetting of aspiring parliamentary candidates shall be held from 10th August to 15th August, and the vetting report shall be submitted to NEC through the General Secretary not later than August 18, 2019

18) NEC, through the National Steering Committee, has appointed the following persons as NEC representatives and for that matter Chairpersons of the NPVC for the 16 regions:

20) For purposes of this selection/election process, persons holding positions as constituency or regional executives who wish to contest in the primaries shall recuse themselves from their current positions throughout the selection/election process until the parliamentary primaries are over. Accordingly, such persons shall not attend the vetting session as observers.

25) The National Parliamentary Appeals Committee shall have the capacity to receive and resolve petitions that may be submitted by disqualified aspirant(s). An APC who is be dissatisfied with the vetting process and outcome thereof, may petition the National Appeals Committee for immediate redress.

26) The decision of the National Parliamentary Appointments Committee on the petition so submitted to it shall be communicated to the National Executive Committee through the General Secretary, which decision shall be final.

27) For the avoidance of doubt, no APC shall proceed to Court in respect of any matter regarding this election unless and until he/she has fully exhausted the internal redress procedures and mechanisms for resolving disputes in accordance with Article 4(8)(4) of the party’s constitution.

28) It shall be the duty of the NPVC to determine the venue for the Constituency primaries; ensure level playing field for all APCs in the constituency; organize security, venue and programme of activities for the polling day.

29) The photo Album/Register which was used to elect the Constituency Executives in February, 2018, shall be the same album that will be made available to the NPVC and the Electoral Commission of Ghana for the conduct of the parliamentary primaries 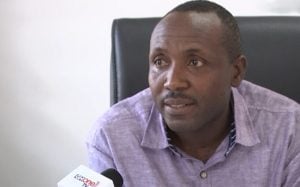 30) Any delegate, who appoints a proxy, shall apply to the National Secretariat 2 weeks before the conduct of the parliamentary primaries.

31) Further details of these guidelines and modalities shall be attached to the Nomination Forms to be procured by the aspiring parliamentary candidates.

It should be noted that any aspiring candidate who flouts any of the above guidelines and modalities or conducts him/herself in a manner that brings the party’s name into disrepute shall be deemed to have breached Article 4(7) of the NPP constitution and will, accordingly, be sanctioned including being disqualified from contesting in the primaries.

Finally, while wishing all aspiring candidates the best of luck in the parliamentary primaries, the party hopes and anticipates these aspiring parliamentary candidates, together with their supporters, would adhere strictly to these rules of engagements.

Fri Jul 12 , 2019
A famous TV presenter (name withheld) physically assaulted Ghana coach Kwesi Appiah by tugging his ear to demonstrate that he doesn’t listen to advice after the country’s disastrous 2019 Africa Cup of Nations campaign in Egypt, GHANAsoccernet.com headquarters has been told. The sports presenter widely known to be a […] 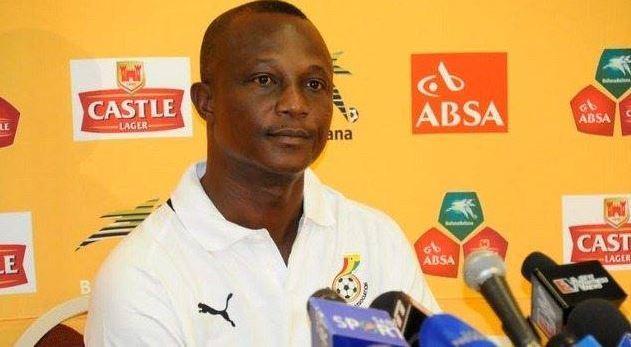