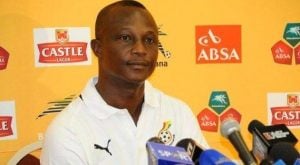 A famous TV presenter (name withheld) physically assaulted Ghana coach Kwesi Appiah by tugging his ear to demonstrate that he doesn’t listen to advice after the country’s disastrous 2019 Africa Cup of Nations campaign in Egypt, GHANAsoccernet.com headquarters has been told.

The sports presenter widely known to be a drug addict was exacting the punishment in typical Ghanaian fashion where parents pull the ears of kids to show their displeasure for not listening to advice.

The controversial incident took place in the full glare of top officials in a chaotic campaign in the North African country.

The famous presenter walked bravely to the coach and pulled his ear which sparked angry reaction from the soft-spoken gaffer in an ugly ending to the country’s exit from the continent’s flagship football tournament.

It’s unclear what sparked the silly, cheeky, provocative and low-class move by the journalist, who is an avid critic of the coach.

GHANAsoccernet.com understands the drama unfolded by the pool side of the five-star Forsan El Tolip Hotel in Ismailia.

It appears the journalists was given an unfettered access to the team, leading to the brave physical attack on the Ghanaian gaffer.

The famous journalist, who has huge fan base in the West African nation, has become a thorn in the flesh of the former Ghana captain.

He has been on one-man crusade to get him sacked after the team exited the competition.

The Black Stars have been made to wait a little longer to win the elusive crown after a crashing 5-4 penalty defeat to Tunisia in the Round of 16.

Ghana’s recent run of misfortune at the Africa Cup of Nations continued on Monday when they were bundled out in the last 16 by Tunisia, condemning a side that once ruled African football to their earliest exit since 2006.

Ghana had won more Cup of Nations titles than any other country when they were last crowned champions in 1982 but their four trophies have since been surpassed by both Egypt (seven) and Cameroon (five).

Ghana had made it to the semi-finals at the six previous tournaments but came up short on each occasion, and the writing was on the wall once again in Ismailia after they had an effort ruled out by the referee and twice hit the woodwork.

Fri Jul 12 , 2019
A vehicle being used by the Savannah Regional Minister, Salifu Adam Braimah was snatched by armed robbers at gunpoint in Tamale, MyNewsGh.com has confirmed. The Toyota Hilux pick-up vehicle with registration number WR 3516-19 according to police sources that confirmed to MyNewsGh.com, had picked the Minister from Damongo and was dropped off […] 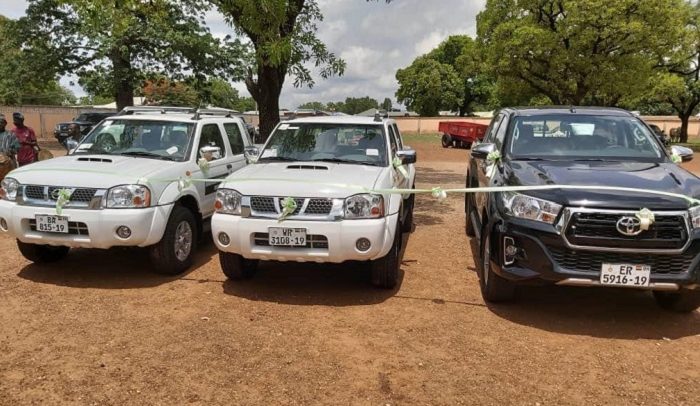