A senior communication team member of the ruling New Patriotic Party in the Ashanti region, Mr George Adjei has called on all grassroots members of the NPP to take Stephen Ayesu Ntim’s campaign bid for the National Chairmanship position as communal labour.

Speaking on ultimate fm in the Ashanti regional capital of Kumasi, the vociferous and assertive communicator said that Mr Stephen Ayesu Ntim brings onboard a track record of enormous experience having served as a former 1st Vice National Chairman in which he executed it perfectly. His contributions to the party are Unmatched and he stands very tall in the Chairmanship contest this time around. 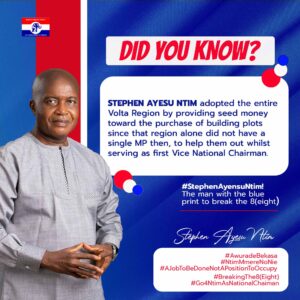 He further added, even though the party has not been fair with him, Stephen Ayesu Ntim has never relented on working for the party in numerous capacities and supporting with his logistics and resources.

“Stephen Ayesu Ntim’s signature can be seen in all the 275 Constituencies across the country with the Freely Supplying of Letterheads, Complimentary cards to all constituency officers, Doing of NHIS cards for constituency executives, Donation of 14 pick up for the party, et al are a few of the National Chairman hopeful contributions to the party.”

Again, Chairman Ntim has shown to every grassroots member that, he is very accessible to every party member and doesn’t discriminate in answering calls or responding to social media messages. The only man who doesn’t wait for elections before doing good for the party and party members is being experienced.

He understands the grassroots plight and ways of overcoming these challenges which are facing the grassroots members of the party. Among all the will-be aspirants for the National chairmanship, he stands tall and he can lead our cherished NPP to break the Eight-year political power between NPP and NDC.

Mr George concluded that many people including him would have stopped resourcing the party but his persistence, consistency, loyalty and determination is worth emulating and he deserves. It’s would be in the interest of grassroots members of our party to support Chairman Stephen Ayesu Ntim bid.

2 actresses who have lost roles due to their body size

Wed Feb 2 , 2022
2 actresses who have lost roles Roselyn Ngissah, Helen Asante share experiences in acting career Body shapes affecting selection of actors for movie roles ‘Too fat or skinny for a movie role!’ This has been the nightmare of some Ghanaian female actresses throughout their journey until they were able to […] 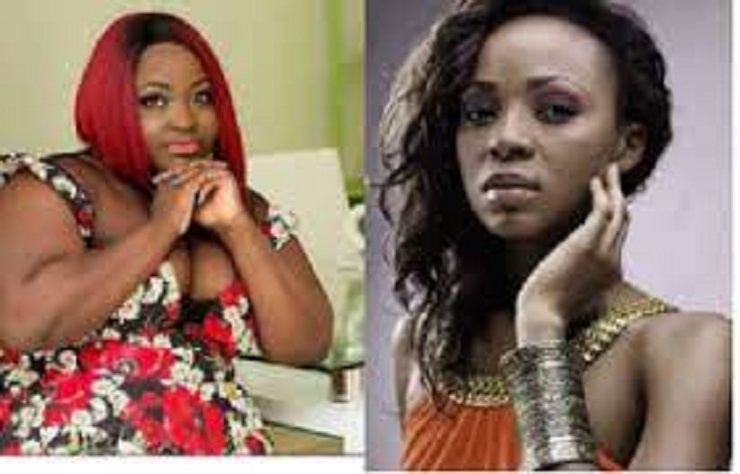