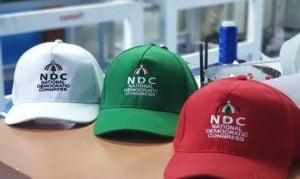 The opposition National Democratic Congress (NDC) is scheduled to go into the polls to elect Parliamentary Candidates across the various constituencies in Ghana on the 24th August, 2019. The sale of nomination form has began across the country in all NDC party offices since Wednesday 10th July 2019.

Speaking to Bole based Nkilgi FM, the Savannah Regional Secretary of the NDC, Sualisu Be-awuribe told all aspirants to pick their forms only from their Constituency leadership and election directorates in their respective constituencies and that no one should pick nomination forms at the Regional Office or the National Headquarters of the NDC.

Mr Salisu Be- Awuribe also cautioned Regional executives, Constituency and Branch Executives as well as Committees to stay away from openly supporting and campaigning for any candidate.

So far, Mr Yakubu Yussif Castro and Mr Abudu Nelson Bani have picked nomination forms to contest the primaries at Damongo and Daboya-Mankarigu respectively with two others picking nomination forms at the and Salaga South in the election scheduled to take place on 24th August, 2019.

Mr Yakubu Yussif Castro, a 46 year old teacher who picked nomination form to contested in 2012 NDC Primaries in Damongo constituency and lost to the current MP who doubles as the ranking member for mines and energy.

Mr Abudu Nelson Bani who has also picked the parliamentary nomination form to once again go into contest in the Daboya-Mankarigu constituency, was a former Member of Parliament (MP) between 2013 to 2017.

He is staging a come back after being the first MP but lost the last NDC primaries in the constituency to incumbent MP Lawyer Shaibu Mahama Obey. 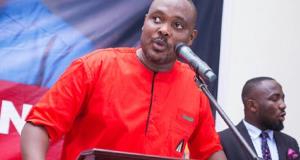