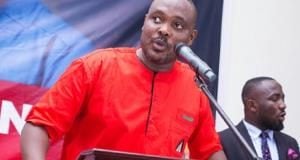 A Senior Lecturer of the University of Cape Coast, Comrade Kwamena Minta Nyarku has picked nomination forms to contest the upcoming parliamentary primaries of the opposition National Democratic Congress (NDC) in the Cape Coast North Constituency.

The “Oguaa son”, Kwamena currently lectures in Marketing, Strategy and Entrepreneurship at the University.

The Cape Coast North seat until elections 2016, was occupied by the former Deputy Speaker of Parliament, Hon Ebo Barton Oduro.

But our sources from the Constituency indicate, the Senior Lecturer of UCC, Comrade Kwamena Minta Nyarku is tipped to unseat the current MP, should he win the NDC parliamentary primaries.

The respected Academician is well known in Cape Coast and it’s environs, having been born there, schooled there, married there and currently one of the most well known Senior Lecturers in UCC.

Most of the Constituents interviewed, indicated that he is very accessible, easy to approach, selfless and strategic.

We further gathered, that his candidature will give the NDC a greater chance of recapturing the seat, as he comes in as a mobilizer, with proven leadership traits.

He also appears as the Unifying candidate, “who has the ability to unite all forces in the party to be able to win the seat, as he has no camp”, some of the party members explained.

The party officially opened its nomination forms on Wednesday, July 10 and it is expected to close on Friday, July 12, 2019

According to the NDC, a person wishing to contest to be a parliamentary candidate of the party must be a citizen of Ghana, who has attained the age of 21 years, be a card-bearing member of the party who has paid party membership dues in full and a known and active member of a branch of the party in a constituency, for at least four (4) years and not a member of any other political party.

Addressing a press conference to announce the guidelines for picking nomination forms, last week, General Secretary of the NDC, Johnson Asiedu Nketiah said party members who wish to contest in the primaries must be qualified in accordance with the 1992 National Constitution to be elected as Member of Parliament and must not have contested as an independent candidate in the 2016 elections.

“Any person who contested as an Independent Candidate lost his membership of the Party by reason of that and is therefore not qualified to contest the election by virtue of Article 41.8(b) of the NDC constitution or contested as a candidate for any other political party apart from the NDC,” Mr Asiedu Nketiah added

PHOTO: NAM1 has arrived in Ghana at Kotoka Airport

Thu Jul 11 , 2019
PHOTO: NAM1 has arrived in Ghana at Kotoka Airpor NAM 1 has arrived at the airport awaiting to be processed so he leaves for his next destination.   Source:     Share on: WhatsApp 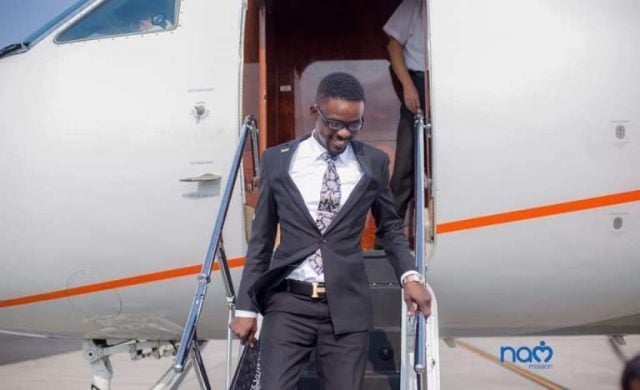