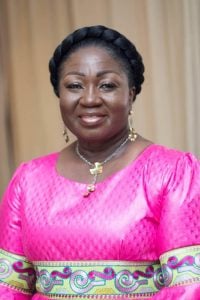 Frank Bosompim, Youth Organizer of the New Patriotic Party (NPP) branch in Asokwa has ferociously denied having a disunited front as a group within the party.

According to him, the youth wing is focused on working towards the retention of power for the NPP and its MP in the upcoming general elections in 2020.

Speaking to this reporter Friday afternoon, Mr Bosompim also known politically as ‘TOMTOM’ rebutted claims by a dubious group by name ‘Asokwa Deserves Better Association’ that the youth wing of the NPP was against the retention of the party’s current Member of Parliament (MP), Madam Patricia Appiagyei.

The youth wing, the organiser stressed would continue to work behind the Party’s flag-bearer and MP until the party decides otherwise before the 2020 elections.

‘’As I speak to you now there is no one in our wing who is jobless or have any reservations about the performance of our government as well as MP and we are convinced the NPP will improve in its electoral fortunes in 2020’’, Mr Bosompim posited.

The youth organiser stated that President Akufo-Addo and Madam Appiagyei when asked to lead the party again in the 2020 elections will improve upon the electoral fortunes of the party.

According to him, the NPP by a careful plan by the youth wing supported by Madam Appiagyei helped to get new voters onto the Electoral Commission’s voter list.

The facilitation efforts of the wing and the MP included refreshing new registrants in the Asokwa Municipality who went to the EC to get their names on the voters roll, the youth organiser disclosed.

Having also benefitted from several vacation classes organized by the incumbent MP, Mr Bosompim said the new registrants would be naturally persuaded to vote for the NPP and its candidates in 2020.

‘’We are sure that with the strategy the party and the youth wing put up during the limited registration exercise our MP and our presidential candidate will record far above the 83% of the votes they garnered in the 2016 general elections’’, Mr Bosompim stated.

Sounding confident, Mr Bosompim indicated the preparedness of the youth wing to go all out to campaign for the retention of the NPP in government.

He noted that the President and the MP needed four more years to continue with the development projects and programs it has started including the construction of roads, provision of scholarships for the needy and the stocking of libraries of computers as well as stationery.

With over 2,000 JHS and SHS students benefitting from free vacation classes, the youth organiser asked for support for the President and the incumbent MP.

‘’We are focused on our mandate as youth wing of the NPP and our goal is to ensure that we canvass for more votes for the President and Mama Pat when they are fully endorsed as candidates for our party ahead of the 2020 polls’’, Mr Bosompim passionately stressed.

Work on Keta Port project to begin in 2020 – GPHA boss