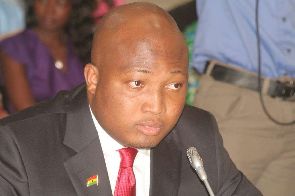 The Minority has condemned what it says is the fishing expedition being embarked on by government and its allied state agencies to intimidate and criminalize them.

Member of Parliament for North Tongu Samuel Okudzeto Ablakwa says a letter written to some members of the Minority by Criminal Investigative Department of the Police in an alleged case of stealing is nothing more than a political witch hunt.

At least 25 members of the erstwhile administration have been accused of receiving double salaries as Members of Parliament and Ministers of State from 2013 to 2016.

Section 124 relates to the offence of stealing. The suspected MPs and past government officials have been invited by the police CID to assist with investigations.

However, even before the investigations will begin, Samuel Okudzeto Ablakwa says the police have withdrawn at least 18 of the letters sent to the former appointees.

The North Tongu MP told Joy News’ Evans Mensah he received a phone call from the Police CID apologizing for the letter.

He reported the police CID officer as saying he was no longer an object of investigation and should therefore not report to the CID office as was requested in the April 5, letter sent to him.

But Samuel Okudzeto Ablakwa said he wanted the CID to put into writing their decision to withdraw the earlier letter sent to him.

Myjoyonline.com cannot independently confirm the claim by the MP. Attempts to get the police CID to speak to the matter also failed.

But Samuel Okudzeto Ablakwa is convinced the allegation is nothing more than a political witch-hunt by the government.

“We are not uninitiated; when we see a political witch-hunt we can see it,” he said.

According to him, the New Patriotic Party Member of Parliament for Assin Central Kennedy Agyepong was the first to have put out that information with a threat to expose past government officers.

That allegation was then escalated by the Daily Guide newspaper, a pro-NPP newspaper, Okudzeto Ablakwa stated.

According to him, that is all part of the plot by the government to witch-hunt past officers.

When he was asked if he knew if the CID was going to continue with the investigations on the remaining seven former government officials who have not received a call from the CID, to withdraw the initial accusation, the North Tongu MP said “It is not clear what is going to happen.”

He was however unequivocal that government was on a witch-hunting “fishing expedition” to nail former appointees.

Meanwhile, another former government appointee who received similar letter of accusation and a call of withdrawal from the police CID is threatening legal action.

Mahama Ayariga in a statement said he will not countenance any allegation of stealing against him.

“I deny any allegation of stealing made against me and will refer same to my lawyers to take legal action against any person making such an allegation. I hereby request you to furnish me with the details of the person(s) making the allegation and failing that my action shall be against your department,” he threatened.

Wed Apr 11 , 2018
BET African Act, Stonebwoy, has finally opened up on Prophet Nigel Gaisie’s prophecy about his death in an exclusive interview with Berla Mundi on her Late Afternoon Show on GHOne TV. The ‘Bawasaba’ crooner who spoke for about seven minutes was asked if he believed in prophecies for which he […] 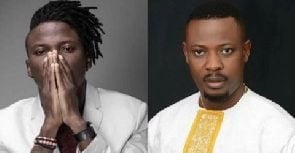