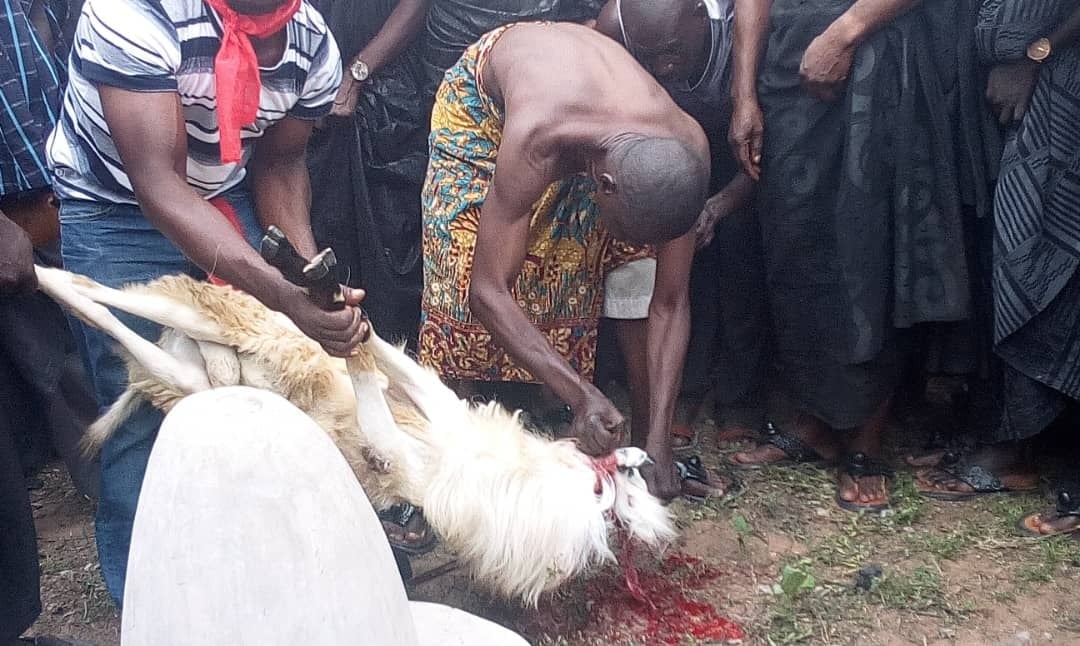 Atebubu Traditional Council in the Bono East Region has today sacrificed sheep to the gods to ban the former member of Parliament for Atebubu/Amantin Hon.Sanja Nanja from campaigning of their traditional area.

According to him the sacrifice of the sheep today is to purify the gods and their stools and also ban Sanja Nanja from campaigning on their land for disrespecting the Queen mother.

Moreover he explained that after the purification which is known as “Kodwane” Hon Sanja Nanja is not suppose to see any chief of Atebubu traditional area on his naked eyes.

All the subchiefs has also been warned not to entertain Sanja Nanja on their area if not any chief who will be caught shall be destol.

He finally stated that they are not against NDC as political party but rather have problem with only Sanja Nanja as a person. 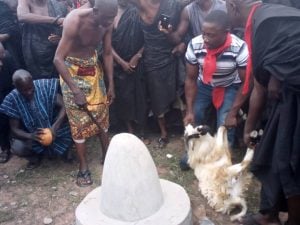 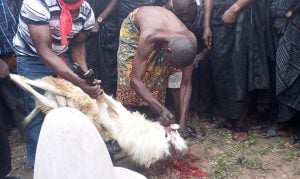 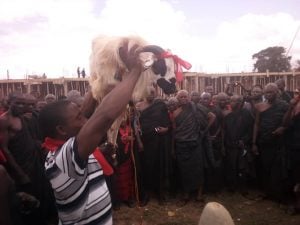 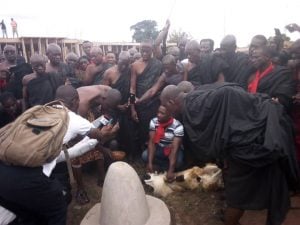 Every Pastor Loves Big Buttocks; We’ll All Lose If There Is A Test – Rev. Obofour