The Ghana Police has pleaded with the families of the Takoradi kidnapped girls that any lapses or negligence on the part of the police in the kidnapping sage is very mush regretted but assured them of necessary disciplinary process being implemented to deal with any officer linked to the jail break of suspected kidnapper Samuel Wills as alleged by the families.

Speaking to the media in Takoradi after a visit of the families of the Takoradi Kidnapped Girls, the Director of Public Affairs of the Ghana Police Service ACP David Eklu mentioned that the affected families of the missing girls raised major concerns regather conduct of some police personnel in Takoradi which he said will be addressed by the police as soon as possible.

Despite the controversies surrounding the three kidnapped Takoradi girls, the current Acting Inspector General of Police, James Oppong Boanuh and his team on Tuesday, August 13, 2019 paid a courtesy call to the affected families in Sekondi-Takoradi and Tarkwa-Nsuaem respectively.

ACP David Eklu disclosed that the visit to the western Region is to re-assure the families and Ghanaian at large of their commitment to find the girls weather dead or alive and also to listen to their concerns as they update the families on the various stages of investigations and also to elicit the families support to get to the bottom of the issue.

He said, “The critical stage at the moment is to get the DNA samples from of the four families for the test in order to know where we are in our investigations however the families can engage independent expert to assist in the DNA test”.

ACP David Eklu emphasized that the Ghana police service upon discovery of the alleged human skeletons at the hideout of suspect Samuel Udoetuk Wills at Kansaworodo a suburb of the Sekondi-Takoradi Metropolis, didn’t conclude in the press statement that the four skeletons were the three Takoradi missing girls.

Every Pastor Loves Big Buttocks; We’ll All Lose If There Is A Test – Rev. Obofour

Thu Aug 15 , 2019
Controversial founder and leader of Anointed Palace Chapel, Reverend Obofour has made a startling claim of ‘all Pastors loving women with big buttocks’ . The pastor stated that he is always stunned when people accuse Pastors of womanizing, when everyone “loves big buttocks”. Rev. Obofour also took a swipe […] 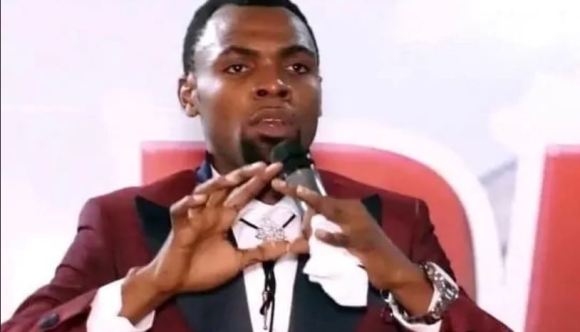