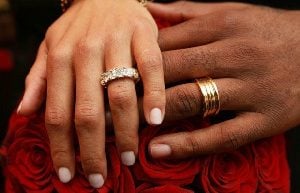 A middle aged women, Josephine Kyeremeh, has filed an application today August 2, 2019, seeking interlocutory injunction to restrain her husband from celebrating a marriage ceremony tomorrow, the 3rd of August 2019, in Nungua, a suburb of Accra.

According to an affidavit deposed to by the mother of two and visibly worried wife sighted by starrfm.com.gh, Madam Kyeremeh states that she lawfully married Prince Osei Bonsu, under Customary Law in the Year 2000 and later converted the Marriage to an Ordinance Marriage three years ago on the 1st of April 2016 at the Tema Metropolitan Assembly Chamber.

“The Respondent [Prince Osei Bonsu] and I have not lived together as man and wife since September 2018. On my blind side, my husband [Prince Osei Bonsu] obtained a certificate of divorce dated the 19th of September 2018 from the District Court in Asamankese and unknown to me, my husband got a lawful attorney to represent me in the purported divorce proceedings” the affidavit states.

The affidavit further indicates that the supposed divorce certificate was obtained without any form of notice to the applicant [Josephine Kyeremeh], concerning the proceedings.

“Based on the fraudulently procured divorce certificate, the Respondent [Prince Osei Bonsu], is attempting to celebrate a marriage with one Evelyn Ayebie” and invitations have been sent out already to that effect. 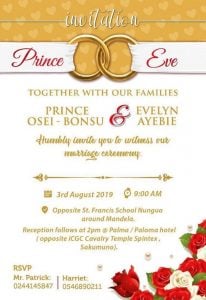 It is the contention of the aggrieved wife that “the marriage between her and her has not been validly dissolved by the courts and as a result the Respondent [Prince Osei Bonsu], cannot purport to tie the knot with another woman” the affidavit pointed out.

The parties in this marrital challenge according to a separate petition by Josephine Kyeremeh to the Court seeking to properly dissolve her marriage, are both citizens of Ghana. However, Josephine Kyeremeh, the wife, is currently domiciled in the United Kingdom. The several years of their marriage resulted in two issues, aged 16 and 12. It is further indicates that their marriage has broken down beyond reconciliation because the husband has behaved in an unreasonable manner such that the petitioner cannot continue to live with him as husband and wife.

VIDEO : Minority should apologize on the return to IMF comments - Paul Kwabena Yandoh

Fri Aug 2 , 2019
Financial Secretary of Asokwa constituency NPP has stated that Minority should apologize on the return to IMF comments Because they were the ones who took Ghanaians there first. Below is the video:     Share on: WhatsApp 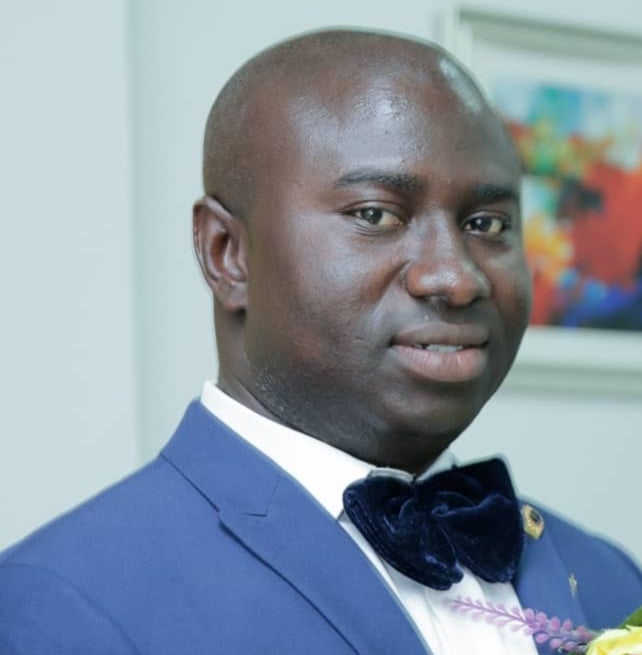