A Singaporean woman (name withheld) has been arrested at the Airport after attempting to smuggle cocaine into another country.

Very Interestingly, the arrested lady hid the cocaine inside her pu$$y to avoid being caught. But unfortunately she was caught and it was removed after detected.

Singapore off late has been experiencing drug smuggling at their airport. Just recently, a Singaporean woman among six foreigners were arrested in Bali for allegedly trying to smuggle drugs into the Indonesian resort island.

The others are a Swiss man, a Thai man, a Chilean man and two men from Hong Kong.

Thu Feb 6 , 2020
Investigative journalist Anas Aremeyaw Anas has floored a former communications director of the Ghana Football Association Ibrahim Sannie Daara in court. On Thursday, a Human Rights Court in Accra dismissed a case brought before it by the former journalist and slapped him with a cost of GhC10, 000 in favour […] 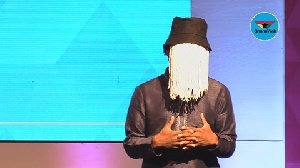