This past week has been another big one for the media as news and rumours of journalists and broadcasters known and identified with particular media brands have resigned from their jobs to join the competition or moved on to something else. Some of the news has hit us with surprise and awe.

One big and surprising news was that about Mabel Aku Baneseh resigning from the Graphic Communications Group Limited. Her statement posted to her Facebook page said she was resigning to “concentrate on my family, my personal wellbeing, private consultancy services, my second book, and charity work.”

Mabel urged everyone, especially colleague journalists to respect her decision to resign, after 15 years of service to Graphic, and not make up theories of why she was leaving. Also to have tendered his resignation from Graphic is Seth Kwame Bokpe who says he is taking up a teaching appointment and focusing on private stuff.

Before this, there was the rumour of Blessed Godsbrain Smart aka Captain Smart, the over half a decade serving morning show host at Adom FM resigning from the station. The rumour mill on the internet had it that he had resigned to join Angel FM.

And then last week, Adom FM was hit with another blow when the long-serving vociferous news editor and host of some of the sizzling political talk shows on the station, Afia Pokua took to Facebook to confirm the rumours making the rounds that she had resigned.

Afia at Adom FM was like the proverbial living room furniture, she was always there and you would hardly think that she would part company with the station one day. She had been there for many years and despite many presenters and other staff coming and going, she remained faithful to the station and the group.

Known by her on-air moniker as Vim Lady, this is one woman who has dedicated her life to the media and to the Multimedia Group for almost two decades. “One of my biggest blessings God has ever given me is positioning me at Multimedia Group Limited after my short stint at P &P,” Pokua noted in a Facebook post last Thursday.

“For 17 years, I have done my best, even left my father on his dying bed to read my bulletin before running to the hospital to bid him farewell. I have learnt from great people and taken lessons from my bad experiences. I’m indebted to all those who helped me on that journey. It’s been fun, tears but a great experience. I hope to learn more on my next chapter,” Afia Pokua added to the Facebook post.

At this stage, the rumour mill had it that Pokua was headed for Despite Group and for UTV to be specific, while other shows on the radio would come along. Those who were wondering if this rumour was true didn’t have to wait for too long as the confirmation came in the form of a post on the official Facebook account of UTV on Friday.

“It’s official, Afia Pokuaa, popularly known as Vim Lady is the new face of your most educative show, Mmra No Se Sen and she’s been joined by Lawyer John Kwame Quayson to discuss THE LAW ON MARRIAGE AND SPOUSAL RIGHTS TO PRIVATE INFORMATION (sic).” The post came with a photo Pokua seated in the studio with the name of the programme in the background.

To further confirm this, Afia Pokua posted a photo of herself standing in the studio with files in the background and a few knickknacks including an open book and an hourglass on the desk as well as a gown and wig representing the law behind her.

Some seven years ago, Afia Pokua had attempted to leave Adom FM and Multimedia over some grievances she had with the management of the station, while the station was still located at Tema Community 2.

She was so ticked off by whatever it was that got her goat that she went on Facebook to rant about it and declared that she would resign from the station. As it turned out, she was spoken to and she stayed and over the years, Afia Pokua became a colossus at the station.

Afia Pokua is a big asset to have in any media house. She has worked herself up through the ranks to become a figure that many revere in the industry. She knows how to ask tough questions of duty bearers when they come on her news and other talk shows, she is fearless and straightforward.

However, apart from the great journalistic works, Pokua is also involved with social change through activities such as helping to build school blocks for school children in deprived communities and advocating about such matters through her own channels and others available to her.

Indeed, at the recently held MTN Heroes of Change, she was crowned Media Personality of the Year for her philanthropic work through her Vim Foundation. Among other things, through her initiative, hundreds of primary school students who attended class under trees were moved after her Foundation built a classroom block for them at Amenam in the Eastern Region.

She also helped to paint 12 blocks of four basic schools in Kwahu in the same region including a school built in 1917 but had not seen a new look for more than 25 years. Apart from painting a six-classroom block for a school in the Kumasi-Amenam in the Ashanti Region, her foundation also donated books to Jacobu Methodist Primary and Junior High School (JHS) in the Amansie Central District of the Ashanti Region.

From the foregoing, it is obvious that Afia Pokua has done a lot in her time as a news person and a philanthropist. It is also obvious that Adom FM would find it tough to fill the vacuum she has left and UTV has grabbed one of the biggest fishes in the media pond.

However, as Afia herself noted in her announcement post on Facebook “this is the best time to leave and open avenues for others to grow.” Let’s see how she does on her next adventure after 17 years of service to the Multimedia Group. 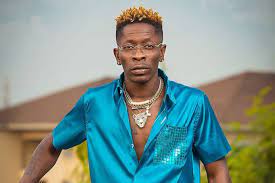 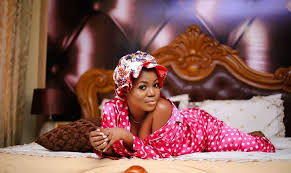 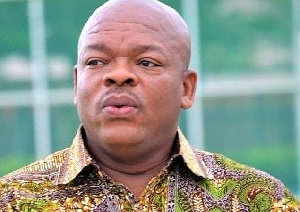