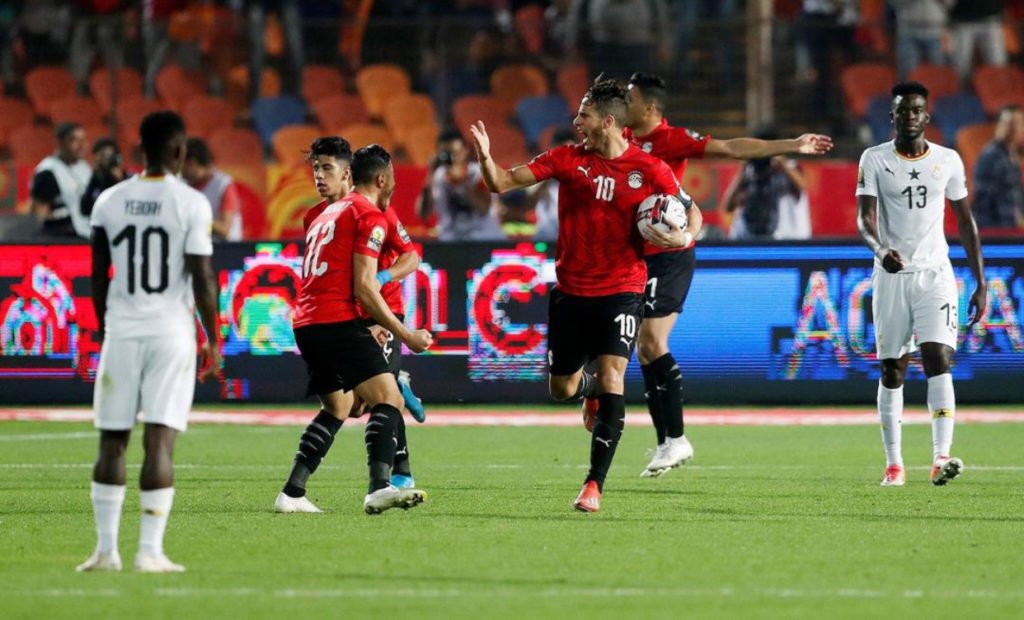 Egypt fought back twice to beat Ghana 3-2 in the second match of Group A of the ongoing U23 Africa Cup of Nations on Monday.

The Black Meteors — who were playing as host against the young Pharaohs — broke the deadlock in the 6th minute of the match through captain Yaw Yeboah.

But Ibrahim Tanko’s men failed to protect their slim lead as Egypt hit back via Mostafa Mohamed in the 17th minute.

The win took Egypt to the next round of the competition with 6 points while Cameroon, Ghana and Mali sit second, third and fourth respectively.

Ghana will hope to defeat Mali in the final game of the group to have a shout at qualifying for the next stage of the competition.

Egypt produce a thrilling comeback against Ghana and qualify for semi’s.#TotalAFCONU23