Reports say advocates claim they have seen a spike in reports of landlords soliciting sex in exchange for rent from vulnerable tenants.

According to reports, US unemployment rate occasioned by the coronavirus has climbed to more than 22 million in the span of just four weeks since businesses began shutting their doors during the coronavirus pandemic.

The massive unemployment spike has nearly wiped out the 22.4 million jobs created in the 11-year recovery that followed the last recession in 2009, reports say.

Executive Director of the Hawaii State Commission on the Status of Women, Khara Jabola-Carolus, reportedly told NBC News that her office has seen a growing number of reports of landlords harassing their tenants.

According to her, in some cases, landlords are suggesting sex in exchange for their rent, sending lewd messages and even offering to move in with their tenants.

She was quoted as saying

“Landlord coercion has always been a reality, but we’ve never seen anything like this.”

“The coronavirus creates the perfect conditions for landlords who want to do this because not only are people being instructed to stay home, but the virus has added to the economic stress with people losing their jobs, especially in Hawaii, which is driven by tourism.”

Police departments across the country have also reported a surge in domestic violence during stay-at-home orders, as victims are forced to be with their abusers, according to reports.

Mon Apr 20 , 2020
News reaching Ghanaguardian.com indicates popular Ghanaian evangelist, Emmanuel Kwaku Apraku, popularly known as Apraku My Daughter has died. He was the founder and leader of King Jesus Evangelistic Ministry International. For some time now, the popular evangelist has been out of the public space following the collapse of his ministry. […] 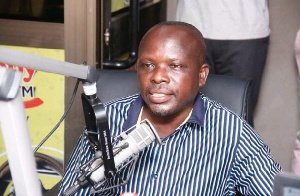