Ghanaian highlife artiste, eShun has revealed that United Union Nations has not got the monetary fund we perceive it to have.

United Nations (UN) is a global organization involved in every aspect of life right from health, creative arts, aiding countries and regions that are involved in wars with support, and many others. UN has many divisions allocated to help mankind in times of urgency.

Speaking in an interview with DJ Advicer on ‘Ayekoo After Drive show’ she said, “UN doesn’t have money as we think but rather they need support from we the celebrities. I got to find out this when I was on a project with them.”

According to the ‘Someone Loves Me’ hitmaker, she was not paid for participating in the project but rather she did the project voluntarily.

“Although I was not going to be paid, I was interested when briefed about the project “Stateless”. Agreeing to be on the project was to add my voice and also a song to create awareness for the project” she said.

A ‘Stateless’ person is when a country’s law doesn’t favour some people and also doesn’t recognised citizens who don’t have voice to express their thoughts and ideas cause they are strangers to the country; so they need the voice of the celebrities to speak for on their behalf through their songs and brands” she explains .

Fri Jul 26 , 2019
Nine sports disciplines including football have been dropped from Ghana’s team for the 12th edition of the African Games (AG) scheduled for Rabat, Morocco from August 19-31. This came to light in an interview with the Head of the Technical Sub-Committee of the International Games and Competitions Committee (IGCC) of […] 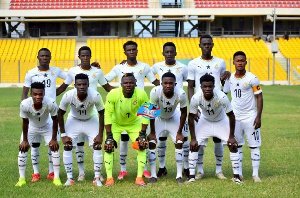