Wine, whose real name is Robert Kyagulani, has been under de-facto house arrest at his home outside the capital, Kampala, since he returned from voting on January 14.

Heavily armed soldiers and police officers surrounding the property have blocked members of Wine’s household, including his wife, Barbie, from leaving their compound.

Last week the US ambassador to Uganda was also blocked from visiting the popstar-turned-politician, who won 35 percent of the vote according to official figures.

Sitting at the court’s Civil Division in Kampala, Justice Michael Elubu ruled in favour of a petition lodged by Wine’s lawyers asking for his release.

“The continued indefinite restriction and confinement of the applicant to his home is unlawful and his right to liberty has been infringed,” Elubu said.

“Having found that the restrictions are unlawful it is hereby ordered that they are lifted.”

The Ugandan government had argued that the restrictions on Wine’s movements were “preventative” measures for his own protection and to prevent protests against the election result, which Wine claims was rigged in favour of President Yoweri Museveni.

Security forces are yet to vacate the area around Wine’s home according to Abdu Hakim, an aide to Wine.

Ugandan security forces have in the past disregarded court orders to release individuals or have immediately re-arrested people freed by the courts.

Tue Jan 26 , 2021
African billionaire Aliko Dangote has sued his US-based side chic identified as Autumn Spikes. According to the lawsuit cited, the billionaire is seeking a compesation of $30,000 from his mistress for alledgedly posting a photo that showed his ‘bum bum’. In the suit which was filed in Miami, Aliko Dangote […] 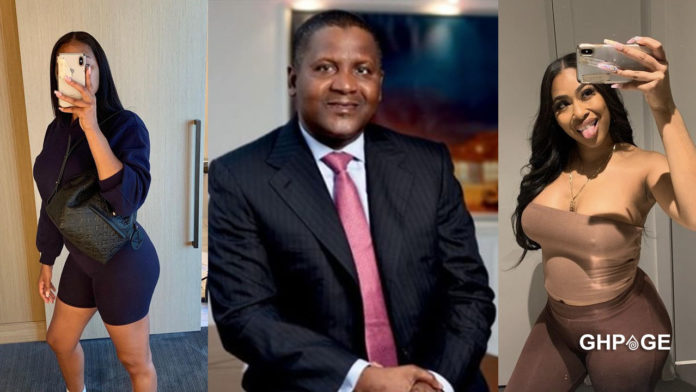