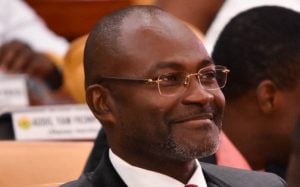 The Member of Parliament for Assin Central, Kennedy Agyapong, has said there is truth in Joy News’ investigation into the operation of a militia group operating at the Osu Castle, the former seat of government until 2013.

The Member of Parliament for Assin Central, Kennedy Agyapong, has said there is truth in Joy News’ investigation into the operation of a militia group operating at the Osu Castle, the former seat of government until 2013.

Speaking on Sources FM in the UK Friday night, the MP said he heard about the operations of De-Eye group when a gentleman approached him for GHC 2000 to be recruited into security services by the group.

He said his checks revealed that it was fraud and that it was one former New Patriotic Party bodyguard who was training people at the Castle.

“Are you saying that when the boy was training them daily, no one in authority didn’t see them,’ he quizzed again.

He said it was latter explained to him at the Airport that the promoter of the group, Nana Wireko Addo, hired to security companies the people was training at the Castle.

The Minister of Information, Kojo Oppong Nkrumah said Friday that Wireko Addo was initially given access to the Osu Castle as a member of government task-force assigned to retrieve state vehicles from former government officials.

According to him, after the conclusion of the work of the taskforce in August 2018, Nana Wireko, subsequently, converted the office allocated to him into a private business office for the stated purposes of his company.

Government had earlier categorically denied no group was operating from Osu Castle, which was until 2012 the seat of government.

“My checks from National Security have revealed that no such group is operating from the Castle,” Mr. Eugene Arhin, Director of Communications at Jubilee House told Manasseh before the airing of the documentary titled ‘militia in the heart of the nation’.

According to the Minister of Information, the group is a company that is into finding jobs for young unemployed persons.

“From Joy News’ own documentary, it is clear that the company is involved in helping unemployed young men and women find jobs, and operates a website that openly states their objectives,” he noted.

Your marriage is a local scam, wake up from your sleep” -Nigerian lady advises Becca

Wed Jul 3 , 2019
A Nigerian lady has advised Ghanaian musician Becca over her marriage to Tobi Sanni Daniel which to her is a local scam. According to the lady, Tobi is a scammer whose aim is to get rid of anyone around Becca who will be a hindrance to his plans. https://flyfmghana.com/2019/06/21/want-divorce-make-virgin-woman-tells-husband/ […] 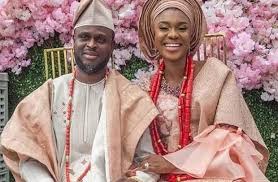