The Techiman North District Chief Executive Hon. Peter Mensah has on behalf of the Techiman North MP and the entire NPP donated a ram, bags of rice and a box of Frytol Oil to the Muslim community at the Techiman campus of the Valley View University to support them in their Eid-ul-Adha celebrations.

The donation which was made at the campus on behalf of the DCE was to provide to Muslims who due to academic activities celebrated the Eid-ul-Adha on campus.

Deputy Nasara coordinator Ibrahim Bakayoko urged the Muslim students to use the blessings of the Eid to pray for the DCE and the Akufo-Addo administration as it is on its way to fulfilling it’s campaign promises.

On behalf of the Muslim students, Mr. Bello indicated that this is the first time Muslims celebrants have received such a donation on campus.

He thanked the DCE for the Support and prayed for God’s guidance and favor as he embark on his daily official activities. 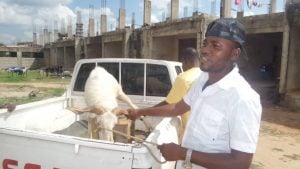 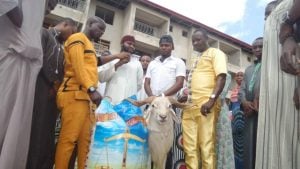 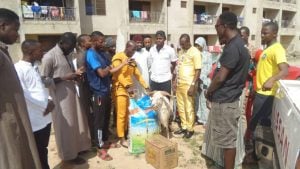 Is Akufo-Addo under the spell of ‘juju’ – Manasseh asks

Mon Aug 12 , 2019
Investigative Journalist, Manasseh Azuri Awuni is questioning if President Nana Addo Dankwa Akufo-Addo is under the spell of voodoo known as ‘Juju’ in local parlance. It is not clear if this question is related to renaming of the University of Energy and Natural Resources (UENR), Sunyani in the Bono […]