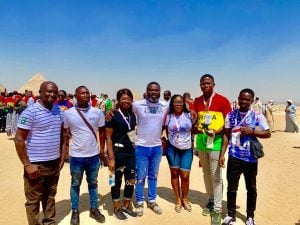 As part of the break in AFCON 2019 tournament to make way for team preps ahead of the Knockout stage, Sports Tourism took centre stage as Egypt Toursim Ministry used the opportunity granted by the biggest continental showpiece, to let other African fans have interesting tourist sites such as Alexandria Learning Centre and the Great Pyramids.

I rode on the bus of Guinea supporters who had come to tour the Pyramid Site.

The Pyramid is one of the Seven Wonders of the World.

South African fans, as well as other members of their backroom staff were also around on Thursday, touring the Pyramid and other interesting sites in the area.

The tour guide informed us that, Benin and Morroco FA officials had also booked the place a day before.

Egypt is one of the most historically prominent countries in the world with so much tourist sites that attracts global visitors of over 50 million annually.

The AFCON tournament provided opportunity for other African countries who have qualified and even fans from across the continent to take a tour of the ancient sites in the country.

As part of the AFCON arrangements, all Africans were allowed to enter the Pyramid Sites free of charge, once they show their passports at the entrance. 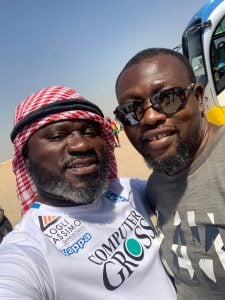 The Ghanaian fans who visited the Pyramid on Thursday, as part of the AFCON 2019 Sports Tourism, were the 13th National Team supporters to have visited the site in the course of the AFCON season.

We Are Not Anticipating Your Comeback; Fixate On Something Higher – Nadowli-Kaleo Youth to Bagbin

Thu Jul 4 , 2019
The youth in Nadowli/Kaleo constituency in the Upper West Region have advised the Member of Parliament, Hon. Alban Sumani K. Bagbin to fix his eyes on something higher than the constituency seat because there is no progression in stagnation. In a statement copied to peacefmonline.com they said: “we wish […] 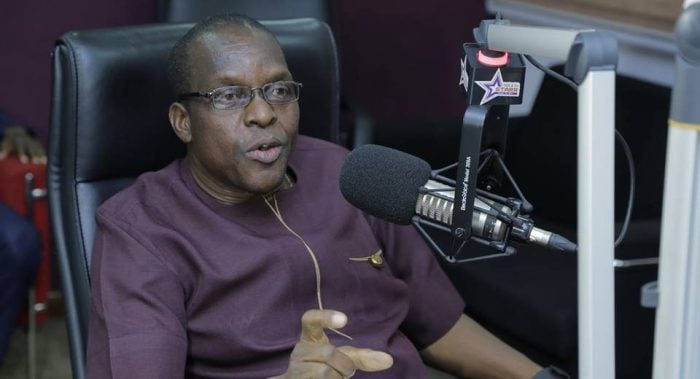