General Overseer of the Action Chapel International Ministry, Nicholas Duncan-Williams has alleged some National Democratic Congress members of his church refuse to pay tithes because he prays for the ruling New Patriotic Party government.

Speaking in an exclusive interview with Good Evening Ghana host Paul Adom Otchere, the Archbishop said politics has divided people in his church to the extent that couples, siblings now hate each other.

According to him, due to the bitterness and hatred among themselves, the church has now become divided in the name of politics and he sometimes wonders how they got to this stage.

“We are dividing people, our people in this church who are family; some NDC, some NPP and sometimes it’s amazing to see how they relate to one another. Because of politics we are dividing the churches. The churches are divided; husbands and wives, one is NDC, one is NPP and brothers and sisters; and the hatred and the bitterness and sometimes the arguments. The way they argue and the things they say”, he lamented.

Duncan-Williams further revealed how he gets attacked by people from his church who belong to the opposition party whether it being the NPP or the NDC.

NPP people in this church, when NDC was in office and I used to pray for President Mahama you should see how they attack me. They used to come to my office here and attack me and say what is your problem? Some people will even tell you stop praying for them… And I look at them and say what kind of thinking is this”, he disclosed.

Read also We are sitting on a time bomb; National Security can’t do anything about what is coming – Duncan Williams

“Now that NDC is gone and NPP has come and I’m praying based on scripture, it’s a command… there are Christians in this church, in my own churches who because of their political parties and what they believe their parties can accomplish and everything; praying for the present government are angry with me and they tell me. They’re angry with me and some of them say I won’t even pay my tithes”, he complained bitterly.

Duncan-Williams further cautioned Ghanaians to be wary of the tensions politics is creating in the country as we are currently sitting on a time bomb.

“The depth of division in this country with the hatred that goes with it and the level of bitterness and anger because of ‘this belong to this party, that belongs to that party, Paul I’m telling you we’re sitting on a time bomb… and it will not be long we will face situations and there’s nothing National Security can do about it because the most dangerous thing is to deal with the man who is not afraid to die.”

Sat Mar 9 , 2019
Government has explained the former bodyguard of President Nana Akufo-Addo who was secretly filmed allegedly training a militia group at the Osu Castle, was illegally using the facility for his personal private business. Minister of Information Kojo Oppong Nkrumah said Friday that the man, Nana Wireko Addo, was initially given […] 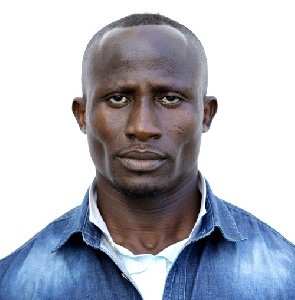